'It baffled me': Married couple diagnosed with same type of leukemia 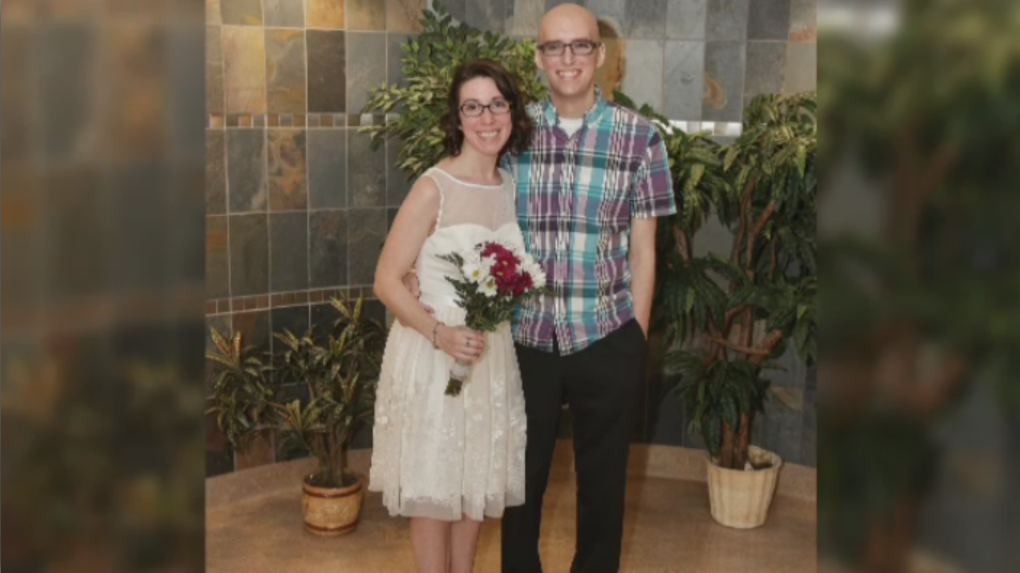 WINNIPEG -- A married Winnipeg couple is facing the battle of a lifetime.

Luke and Lindsey Belding have been together for seven years, and dated long distance before getting married, but many challenges were yet to come.

Luke received his diagnosis after he started to feel excruciating pain in his bones.

“The cancer was creating too much marrow, and it was actually expanding the bones,” said Luke.

The news was difficult to hear for Luke, as well as Lindsey.

“For the initial chemotherapy and radiation process, we were still long distance, so it was very difficult for her,” said Luke.

“When he was first diagnosed and I was completely alone and had no one to talk to about it, it was a great therapeutic release for me. Just to get it all out there,” said Lindsey.

The blog followed Lindsey as she supported Luke through his treatment, and eventually documented her move to Winnipeg to be with him.

Later that year, Luke got a stem cell transplant and the two were optimistic their lives would go back to normal.

But in 2019, Luke started getting pain and spasms in his lower back.

“They found lesions in the bones,” said Luke. “They took a sample of those lesions, and found that my cancer was hiding.”

Luke had relapsed, and treatment began all over again, although this time, his wife was by his side. Just when the couple felt things couldn’t get any worse, Lindsey went to urgent care with a fever.

“I just had these flashbacks to when Luke went in the urgent care and had the same exact blood work issues,” said Lindsey.

The doctors told her she too had B-cell lymphoblastic leukemia -- the exact same kind of cancer Luke had been fighting for the last two years.

“It baffled me,” said Lindsey. “We’re still trying to wrap our head around it, like how?”

B-cell lymphoblastic leukemia typically affects children and seniors, not people in their 20s.

Luke is now at home resting while Lindsey is in hospital receiving treatment.

Due to COVID-19, the couple isn’t able to see each other -- reminiscent of when they started dating long distance.

Their family started an online fundraiser to help the couple through this challenging time, made even more difficult by the pandemic.

The couple hasn’t seen each other since Lindsey was admitted to hospital, but they talk every day, and sometimes watch shows together over the phone.

The couple said they’re taking life one day at a time, but they’re looking forward to when they can give up the long distance relationship for good.

“Physically, it’s going to make us a lot weaker for the foreseeable future,” said Luke. “But mentally, and emotionally, it’s definitely bringing us together.”