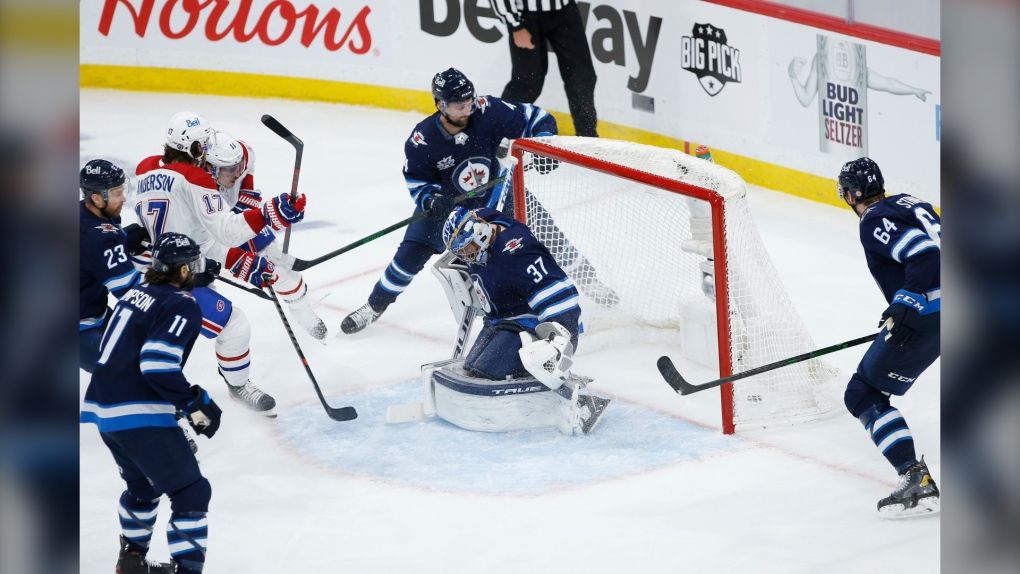 WINNIPEG -- The Winnipeg Jets and Montreal Canadiens face off Friday night for Game 2 of the second playoff series.

The Canadiens lead the series 1-0 after beating the Jets 5-3 on Wednesday.

Friday’s game will be played without Jets centre Mark Scheifele who has been suspended four games for his hit on Jake Evans of the Canadiens.

Under changes to the province’s public health orders, 500 fully vaccinated health-care workers will be in attendance at the game.

Follow all the tweets, as well as pre-game and post-game coverage here and on CTVNewsWinnipeg.ca and CTVNewsMontreal.ca.