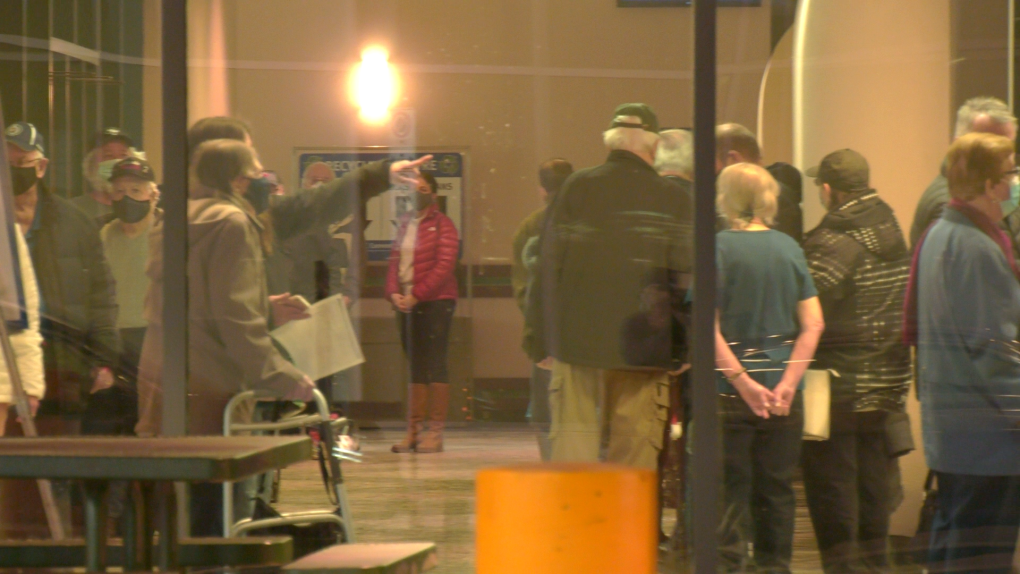 WINNIPEG -- It was a day of waiting for many at the RBC Convention Centre as they prepared to receive their COVID-19 vaccine.

Long lines could be seen forming at the supersite on Friday as many people waited to be vaccinated.

"This is due to a combination of having a large number of appointments today and an issue related to our staff scheduling software," said Atwal.

Atwal said because of the issue with the software, there was a shortage of staff at the site.

"As soon as the issue was identified, the team began reaching out to bring additional staff on-site to make the process go more smoothly and to reduce waits."

Barry Bruneau said his 90 and 84-year-old in-laws were waiting in line and it took two and a half hours for them to get their shot.

"Just the stress that they were in when they came out. They were very frazzled and stressed out," said Bruneau.

He said he would like to see smaller sites for seniors so that the vaccine process isn't so intimidating.

"If there were younger people in line, we can wait in line. I get it, have no problem waiting in line for a couple of hours. But these are frail seniors and there is no reason for it."

Atwal apologized for the delay that people are dealing with.

He is reminding people, though, to not show up too early for their appointments and only arrive for their time slot.

"We greatly appreciate your patience. Know that work is underway to address this issue for today and the next several days as well. The team will be reviewing staff needs going forward so this doesn't happen in the future."