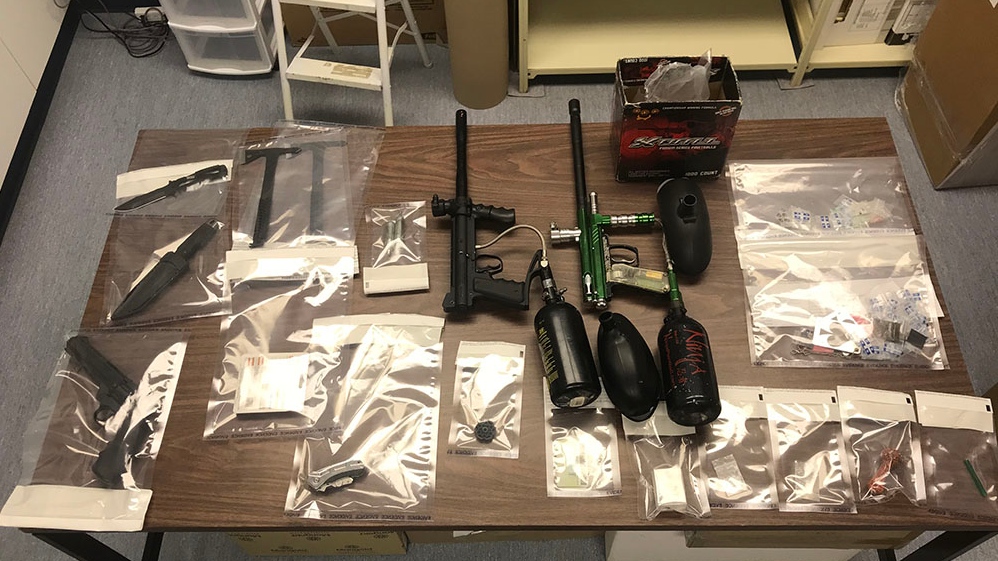 WINNIPEG -- RCMP have a 25-year-old man in custody after he allegedly shot several people with paintballs.

On July 12, around 11 p.m. Steinbach RCMP received reports that people were being shot by paintballs in a parking lot on Main Street in Steinbach.

RCMP said a witness told officers that a vehicle drove up to a group and a man opened fire with a paintball gun, hitting several people, vehicles, and buildings before the suspect drove away.

RCMP said they found the vehicle in question outside a home on Third Street and the driver of the vehicle tried to flee.

Officers were able to arrest the man. RCMP said officers searched him and found what appeared to be cocaine. Officers also tested the driver and determined he was impaired by drugs.

Ruben Sweet, 25, from the Rural Municipality of Hanover has been charged with two counts of assault with a weapon, two counts of mischief, three counts of possessing a weapon for a dangerous purpose, and possessing cocaine.

He was also given a 15-day driving suspension due to the positive drug test.

The charges against him have not been proven in court. Steinbach RCMP continues to investigate.