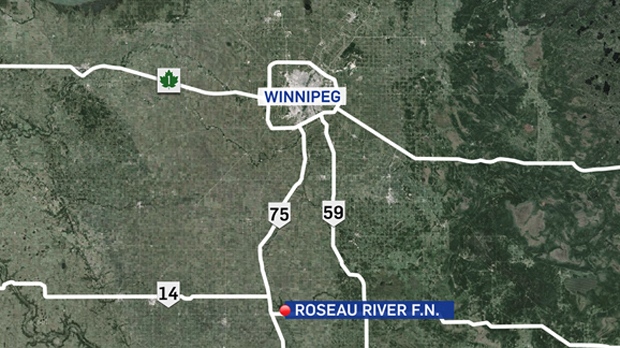 Roseau River First Nation said terms of the decades-old deal promised between 5,800 and 16,000 acres be set aside as reserve property.

A Manitoba indigenous community is suing Ottawa and the province over a 21-year-old land claim agreement.

Roseau River First Nation said terms of the decades-old deal promised between 5,800 and 16,000 acres be set aside as reserve property.

The lawsuit alleged only one per cent of the minimum agreement has been fulfilled, and that it was supposed to be completed by 2011.

The suit also said in the meantime, both levels of governments and their crown corporations have disposed of surplus lands without consulting Roseau River.

“The actions of Canada and Manitoba have been carried out in an arbitrary, oppressive and high-handed manner, with complete disregard for the long standing rights and entitlements of the First Nation,” the lawsuit said.

The claim is seeking general, equitable and punitive damages. The allegations have not been proven in court.

The federal government also said it hasn't yet been served with the lawsuit.

Roseau River is also part of the Treaty No. 1 First Nations negotiating with Ottawa over the Kapyong Barracks property.

Indigenous and Northern Affairs Canada response to CTV News:
"The Government of Canada believes that the best way to address these types of concerns is through negotiation with First Nations, provinces and territories and not through litigation. Negotiated settlements and outcomes are preferred rather than engaging in legal processes.The department is aware that Roseau River First Nation has filed a statement of claim regarding their Treaty Land Entitlement Agreement of 1996 with the Court of Queen's Bench on March 27, 2017.
It would not be appropriate to comment any further on matters before the court."