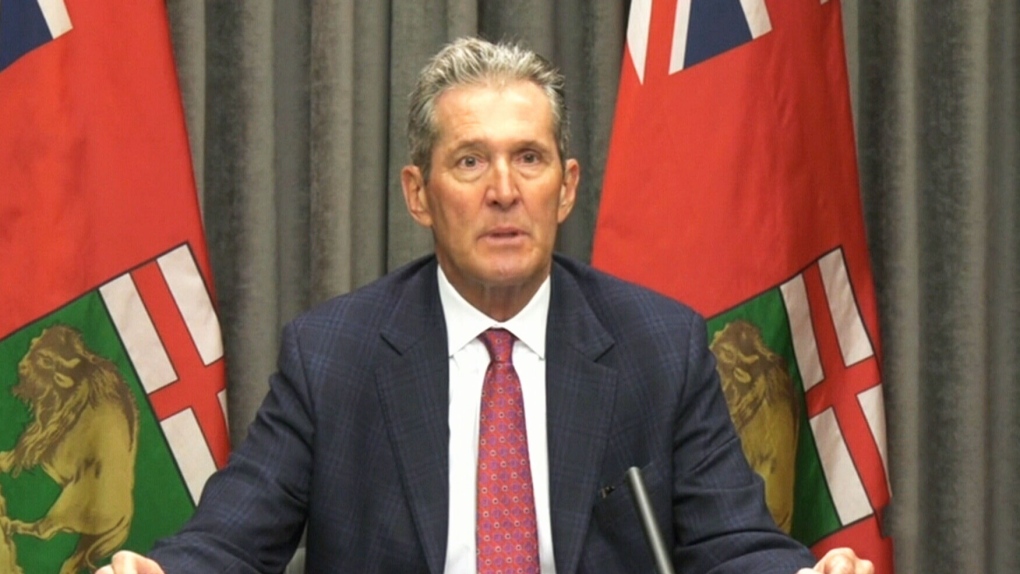 WINNIPEG -- Manitoba's governing Progressive Conservatives defended their response to the COVID-19 pandemic Saturday, while also asking for priority access to rapid test equipment because the province's numbers are so high.

"The second wave is upon us. Every province west of Nova Scotia has its highest numbers in the last few days, including Manitoba," Premier Brian Pallister told delegates via video conference at the party's annual general meeting. The meeting was a virtual one in order to abide by health orders that forbid large gatherings.

"Trying to make the political argument that Manitoba's government missed the boat when everybody in the western world is under attack right now is not a fruitful thing -- even if it was right, and it isn't."

During his 45-minute speech, Pallister pointed to the recent expansion of intensive care capacity, the tripling of COVID-19 daily tests since the spring, and the hiring of more workers to do contact-tracing of people who test positive.

"I don't love COVID, but I love the opportunity that we have to prove that under fire, we are focused ... on doing the absolute best we can to get the best possible outcome."

A few hours later, Health Minister Cameron Friesen also cited investments the province has made to fight the novel coronavirus. But he also said the health-care system is being strained, and Manitoba should be given priority from the federal government for new testing equipment.

"The rapid testing, deployed strategically, could be a game-changer," Friesen told delegates.

"And that is why it's up to the feds right now to make sure that Manitoba should be at the front of the line, considering our case positivity rate, to be eligible on a priority basis to receive and deploy these devices."

In the Steinbach area southeast of Winnipeg, the rate of people testing positive reached 40 per cent earlier in the week. Just over a week ago, nurses at the Steinbach hospital reported triaging patients in their cars because there was no room in the emergency department.

Schools in Steinbach and the surrounding area are halting in-class instruction and moving to remote learning as of Tuesday.

Health-care unions have said the government failed to boost capacity in the summer in order to prepare for the second wave.

Nursing homes have also been hit with the virus. One Winnipeg home recently asked relatives of residents to come and sit by their bedside to monitor for changes in their condition.

To try to slow the spread of the virus, the government has increased fines for people who violate public health orders, and has forced retailers to operate at reduced capacity and stop selling non-essential goods in-store.

Pallister said rule-breakers should be prepared to be penalized, and pointed to recent anti-mask protests.

"People have rights but they also have responsibilities, and when they are killing each other and other people through their stupidity, then there have to be consequences for that."

Tory organizers said the virtual meeting, which also included a remote speech from federal Conservative leader Erin O'Toole, had 275 delegates. There were no technological glitches and the only interruption came from Friesen's dog, who started barking loudly as the minister, appearing from his home, was answering a question from a delegate.