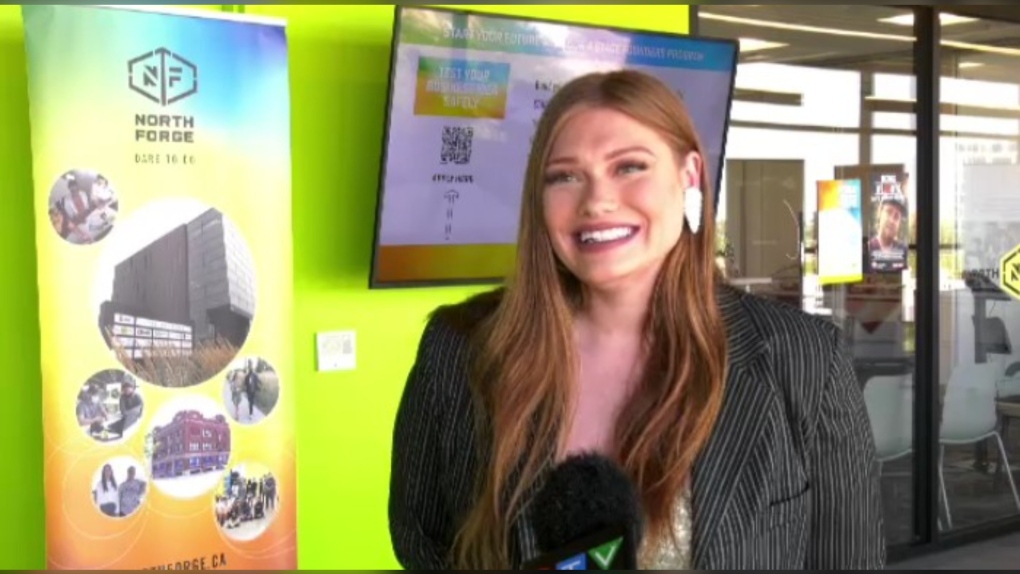 One Manitoba woman is being recognized for her work founding a tech start-up that tracks and locates Bluetooth devices.

Châtelain is the founder of Foundit, an app that uses Bluetooth technology to track and locate Bluetooth devices, including hearing aids and key fobs.

When an item is left behind, the app audibly alerts the users. It also sends push notifications to the users’ devices when they are out of the customized Bluetooth range.

In an interview on Monday, Châtelain said the app specifically targets the Bluetooth hearing aid community.

Châtelain, who has autism, said as a woman with disability it is important for her “to advocate for people with disabilities by making them more mainstream rather than an after thought to really end the stigma and the gap.

“We wanted to make it more inclusive,” she said.

With this award, Châtelain will be able to participate in the North Forge Founders Program’s Ascent Stage incubator. She will also be able to access the non-profit’s fabrication lab.

Châtelain said winning the award is a surreal experience, which she feels humbled by.

“I just love what I do and it’s a passion for me,” she said.

Foundit is set to be launched in September 2022.

Canadian actor Robert Cormier has died at age 33 after a 'tragic accident,' his sister says.

The Canadian generic pharmaceuticals giant founded by murdered billionaire Barry Sherman in 1974 has agreed to a takeover.

A federal judge signaled Wednesday that she plans to order disgraced R&B superstar R. Kelly to pay more than US$300,000 to one his victims in a decades-long scheme to use his fame to sexually abuse young fans.

An Ontario boy with terminal cancer wanted to see monsters. 1,000 strangers made it happen

A five-year-old Hamilton boy battling brain cancer had one request: he wanted to see monsters. Earlier this month, 1,000 strangers made his wish come true.

This ship tried to warn the Titanic about the iceberg. Now scientists have found its wreckage

The wreck of a ship that tried to warn the RMS Titanic of the iceberg that sank it on its maiden voyage has been found at the bottom of the Irish Sea.