More than 200 endangered butterflies released in Manitoba this summer

More than 200 endangered butterflies released in Manitoba this summer 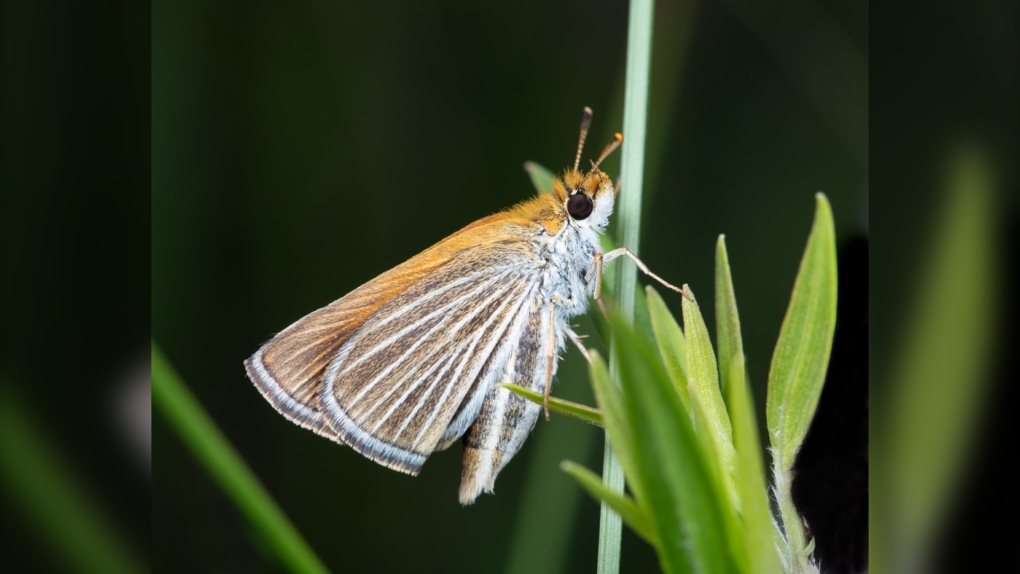 The Assiniboine Park Conservancy released more than 200 endangered butterflies back into the landscape this year.

The organization announced the results of its butterfly release program on Thursday, saying it set a new record with the release of 207 butterflies.

This year’s release included 191 critically endangered Poweshiek skipperling butterflies, which were released over three weeks in July at the Nature Conservancy of Canada’s properties in the Manitoba Tall Grass Prairie Preserve in the RM of Stuartburn.

Ashleigh Westphal, a research conservation specialist with the Assiniboine Park Conservancy, said they are thrilled with the results of the breeding and release program, and are excited about what it means for the future of these endangered species.

“When we started the release program in 2018, experts estimated there were only about 100 Poweshiek skipperling butterflies remaining in all of Canada,” Westphal said.

“We released six butterflies that year. The growth of the program and results so far are very encouraging, but we have a long way to go before this species will be secure in the wild.”

This is the fifth year the conservancy released Poweshiek skipperling, and the first time for the Dakota skippers.

This summer, the Assiniboine Park Conservancy released more than four times the number of adult butterflies it released in 2021.

The conservancy said the ongoing success of its breeding program will help the future of these endangered butterflies.

“We have seen encouraging results from our population surveys in locations where we have done releases. This suggests our efforts may be helping to stabilize the population at these specific sites. However, we will need to analyze the new data collected this summer to get a better picture of the trends,” Westphal said.

“In the future, we hope to work with partners to reintroduce Poweshiek to sites where they have been lost."

Both Poweshiek skipperling and Dakota skippers are habitat specialists, which means they need specific grassland ecosystems to survive. However, much of this habitat has been lost.

The organization notes that habitat loss, as well as climate change, extreme weather events, and the increased use of pesticides, have contributed to population declines.