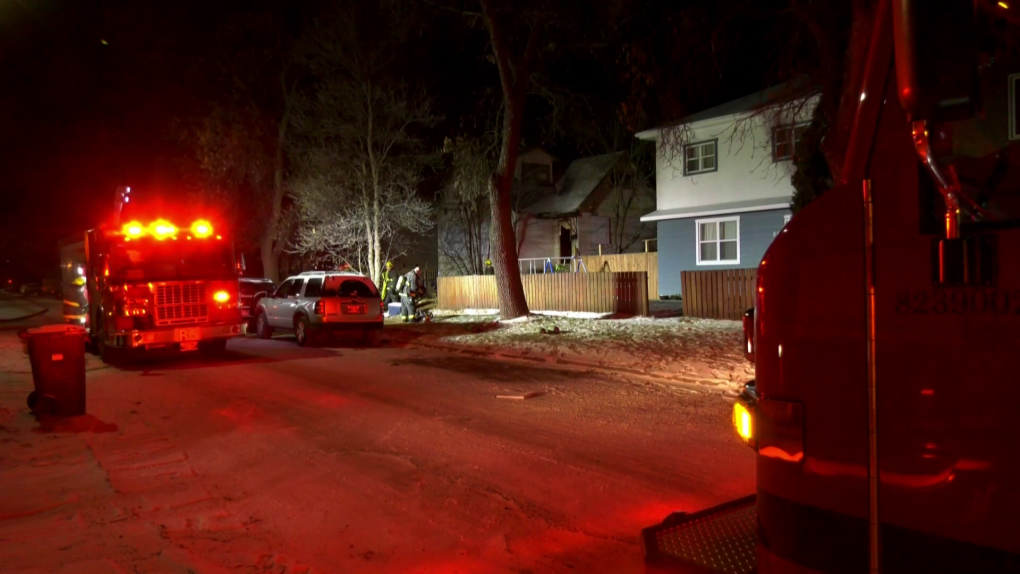 Firefighters were called to a fire in a vacant two-storey house in the 800 block of Burnell Street at 2:51 a.m. When firefighters arrived, the attached garage was fully engulfed in flames and heavy smoke could be seen coming from the house.

Due to uncertain fire conditions, crews began fighting the fire outside of the home and deployed a Flameguard X-Tinguish Fire Suppression Tool. The tool is an aerosol device that can help knock down fires, reduce temperatures, and prevent flashovers, allowing safer access for crews. The WFPS is currently using the tool as part of a pilot project.

Crews were able to re-enter the home after it was used, and the fire was under control at 4 a.m.

No occupants were found in the home, no injuries were reported, and the cause of the fire is under investigation.

Drivers in the area should drive with caution, as water used to fight the fire covered the road and froze. The city said it will monitor the area and apply sand and de-icing agents when needed.