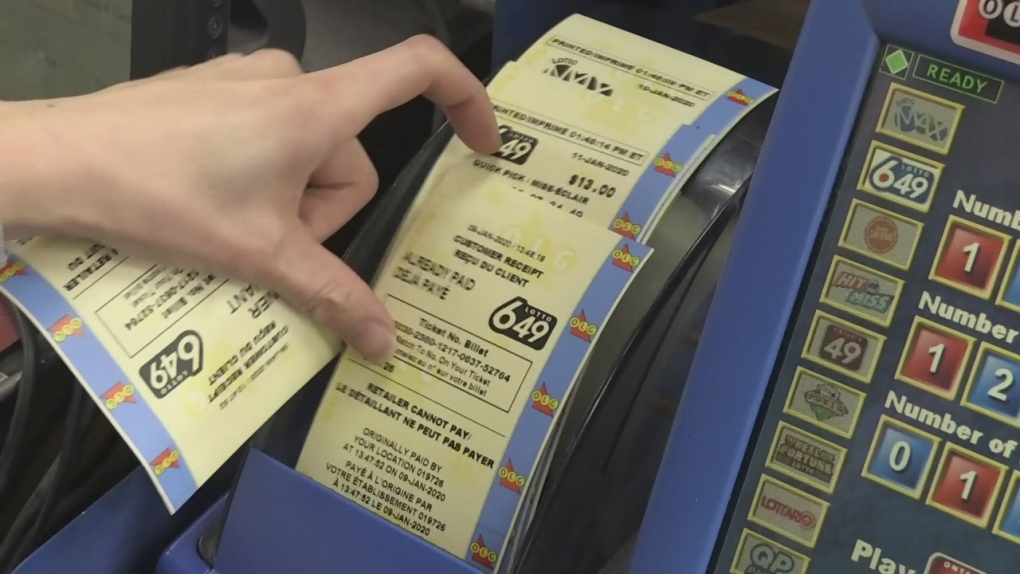 An undated file photo of a person buying Lotto 6/49 tickets.

WINNIPEG -- Some residents of northern Manitoba are heading to remote areas to buy lottery tickets, creating a potential COVID-19 concern.

Ed Klimchuck, who lives in Cranberry Portage but travels throughout northern Manitoba for work, was surprised to find out he could buy lottery tickets on his way home.

"I was on my way home to (Cranberry Portage) Friday night, and I stopped in Wanless at the service station on the side of the highway, and (the clerk) said, 'We've had a lot of traffic here, it's just exploded this last week.'"

Klimchuck later stopped for gas at the Opaskwayak Cree Nation Shell after hearing rumours that they could sell lottery tickets.

"I stopped in, and sure enough, Opaskwayak Cree Nation has all their scratch tickets out, everything, they were all out," said Klimchuck.

Klimchuck said he tries to follow and adapt to all of the rules but worries people might travel to remote areas to buy tickets.

"People just won't stay home," he said. "I see people driving around town all the time."

CTV News reached out to the We Ste General Store in Wanless. It said it hadn't seen a large uptick in lottery sales.

The Opaskwayak Cree Nation Shell, however, said it is likely people from The Pas are buying tickets.

Onekanew Christian Sinclair, the elected leader of Opaskwayak Cree Nation, said he wasn't aware of this happening but noted the strict safety measures in place on the First Nation.

"In the case of Opaskwayak, we do have our retail outlets, but again, as part of our code red we are very restricted, we have security checkpoints at access door, every retail operation, including our gas stations," Sinclair said

Sinclair said if he does see people travelling for tickets, changes will be made.

"We haven't heard anything as of yet, but if it did, of course, it's something we'll tighten up," he said.

The community saw a surge in COVID-19 cases earlier this fall and has only just declared an outbreak in its care home over.

Sinclair said the community is already looking at making its local bingo safer, with only one drive-thru or central location being able to sell cards.

CTV News has reached out to Manitoba Liquor and Lotteries to see how many lottery terminals are still active in the province.