'People are just so thirsty for a laugh': How performers and venues are adjusting to reopening 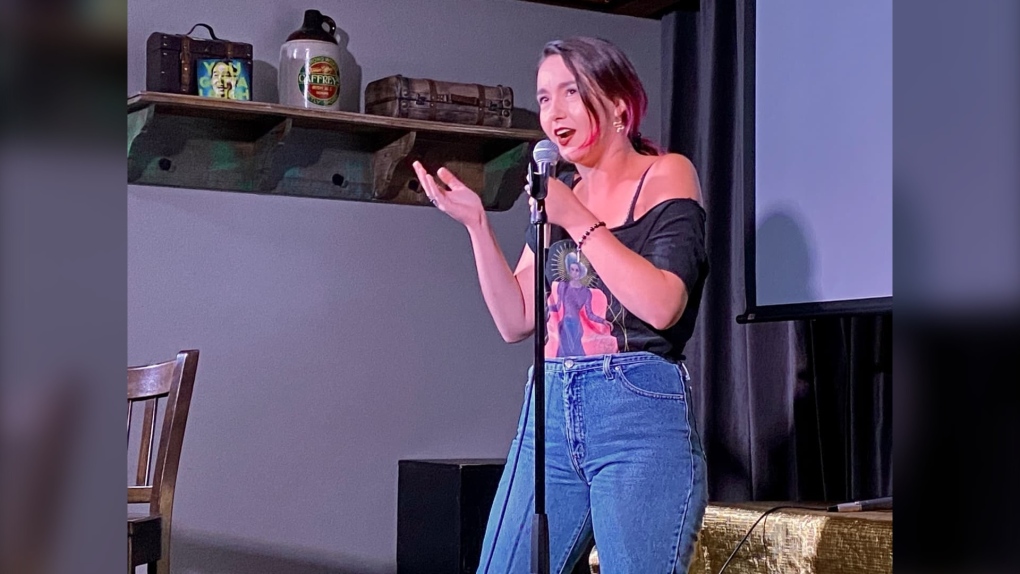 WINNIPEG -- As Manitobans, Canadians and the rest of the world continue to adjust to the new normal that COVID-19 has brought, the performing arts industry is also making some adjustments.

Before the COVID-19 pandemic, if Manitobans attended a concert they would pile into their seats, the odd mosh pit might even form depending on who is performing. In comedy shows, everyone would pack into their tables, which were much less than two metres away from each other, for a couple of hours of laughter.

However, that has changed.

Health restrictions now require physically-distanced seating and capacity limits put a cap on how many can actually attend the show.

Erick Casselman, the owner of The Park Theatre, said there has been a lot of changes at his venue.

He said people can notice the changes right away, with markers telling people where to stand outside, hand sanitizer stations throughout the venue, and limits on how many people can be in the bathroom at a time.

"We're no longer a standup sweaty rock venue, if you will, but we have banquet tables and chairs and people sit and take it in as a show," said Casselman.

He said all the tables are spaced out to account for physical distancing and they have even implemented table service to limit people from getting up and moving around.

Casselman said The Park Theatre had its first show since COVID-19 on June 17 and added that there are usually two to three shows a week.

"So normally, pre-COVID we were doing 300 plus shows a year. We were closed for 107 days straight and then we will probably only hit, if we're lucky, maybe 150 shows."

Not only have the venues changed, but the experience for performers is quite different as well.

Casselman said they have stopped doing an intermission between bands and the shows are now much quicker.

"The stage itself has been all spaced out so the band is more than six feet away from the audience. We only allow so many bands to perform. We have microphones that get changed out between sets," said Casselman, "Just as much precautions we are putting on our audience members, we're also putting on the bands."

TAKING THE SPOTLIGHT IN THE WAKE OF A PANDEMIC

Being a performer in the year of COVID-19 has been tough as well. Shows have been postponed or cancelled and there is difficulty in finding the proper venues to perform in.

Sarah Jane Martin, a local comedian in Winnipeg, said she was hesitant before taking the stage again and was keeping a close eye on the guidelines put forward by the government.

Martin said she has only participated in a couple shows since venues were allowed to host acts again and despite having a smaller crowd due to a 30 per cent capacity limit, she said it felt good to be back on the stage,

"It really doesn't feel very empty, even it is such a limited capacity, so it doesn't feel very different while you're there. So it does feel good to be back," said Martin, who added she still second-guesses herself because of recent reopening announcements and the increase in cases recently.

She said before COVID she had been booked for four paid gigs in a month, which was a first for her, but those were halted due to the virus.

"All of that progress kind of felt like it melted away and now I have to get back into the rhythm of doing it."

In terms of actually performing, she said it doesn't feel like much has changed, noting the only real differences are sanitizing the mics between sets and the capacity limits.

She added now that things are slowly drifting back to a more normal look in the province, people are eager to get out enjoy shows again.

"People are just so thirsty for a laugh and some sense of normalcy that it's just a really strangely healing environment to be there because in a way it kind of feels like old times again."

Martin said the hope moving forward is she can continue to do shows and take the stage as much as possible, but she did mention there is still a feeling of uncertainty that sweeps over her about doing stand-up amid COVID-19 in Manitoba.