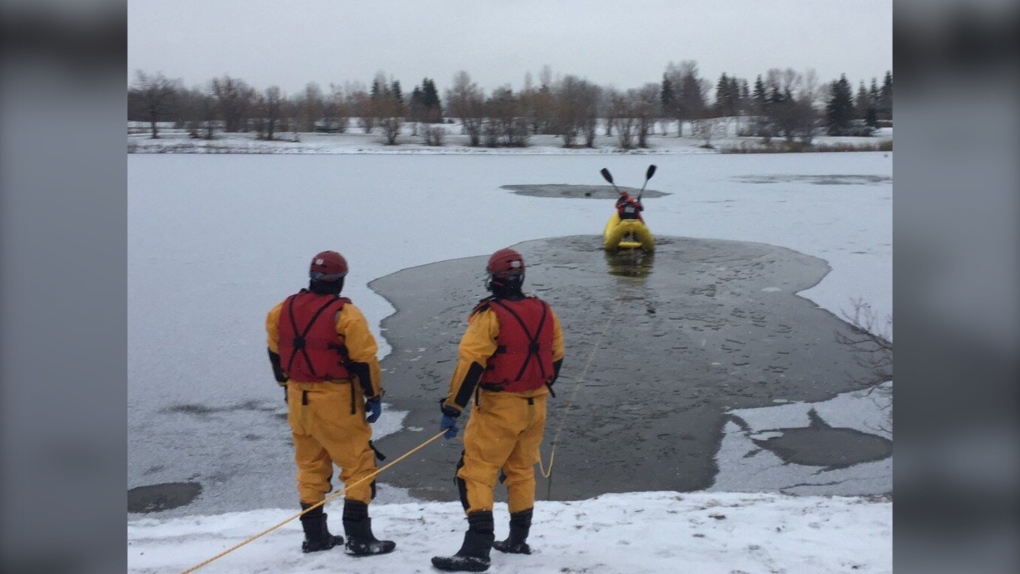 WINNIPEG -- The City of Winnipeg said a dog appeared to be in good health after spending 20 minutes in frigid water after falling through thin ice.

It happened shortly after 7 this morning, the city said, at Kilcona Off-Leash Dog Park.

It is urging people to take caution near ice and treat all surfaces as unsafe, even if no warning signs are present.

The city said to rescue the dog, which was 18 metres from the shoreline when the Winnipeg Fire Paramedic Service arrived, crews launched an inflatable rescue boat and broke through ice to reach it.

The dog was pulled into the boat and reunited with her owner, the city said, and looked healthy.

The city said with waterways freezing up, it’s asking parents and teachers to speak with children and students about how dangerous waterways can be.

It also asks dog owners to keep dogs leashed around ice, so they don’t chase geese onto the fragile surface, with potentially deadly results.

The Winnipeg Fire Paramedic Service also said the thickness of ice can be is difficult to predict and it’s best to just stay away from waterways and their banks.