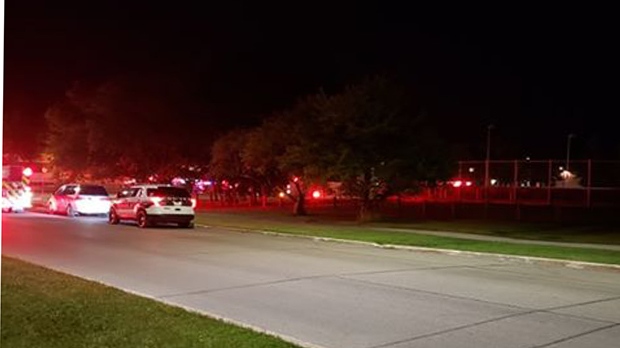 A fire broke out at 125 Carriage Avenue around 12:30 a.m. Monday. Facebook photo/Deameon Hutchison

Winnipeg police are investigating the cause of an apartment fire that broke out early Monday.

Firefighters found heavy smoke pouring out of one of the suites, WFPS said. Two people were brought to safety, while other firefighters began fighting the fire.

Some tenants were put on a Winnipeg Transit bus that was sent to the scene. Others were able to stay in their apartments.

One person in the suite where the fire started was treated by paramedics and sent to hospital in unstable condition. No other injuries were reported.

No damage estimate is available at this time.

Police said an investigation is ongoing.