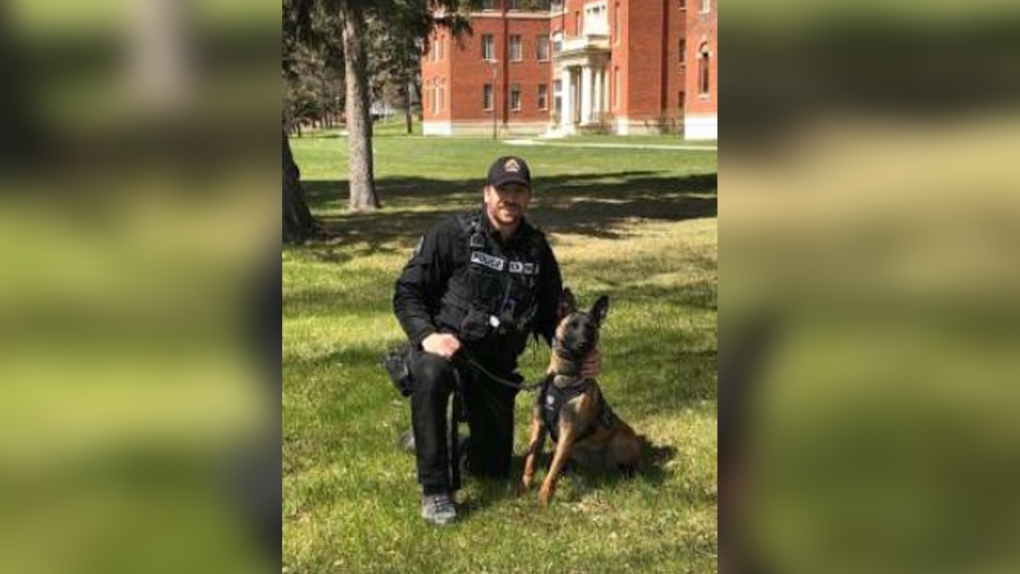 The RCMP and Manitoba First Nations Police (MFNPS) used their k-9 units to track down and arrest two suspects in connection to an armed robbery on Thursday.

MFNPS said around 11 a.m., its officers were involved in a pursuit, following an armed robbery in Winnipeg, a gas theft, and a stolen truck from Marquette, Man.

Officers spotted the stolen vehicle near Sandy Bay First Nation as it passed through the town of Amaranth, MFNPS said.

The RCMP was contacted and officers tried to stop the suspect vehicle – but the truck took off speeding.

Police said the truck eventually lost control and got stuck in a ditch, and two people who were inside the vehicle took off running.

Both the RCMP and MFNPS set up a perimeter around the area and deployed their k-9s.

MFNPS said the dogs tracked the suspects for six kilometres until the MFNPS k-9 found the male driver of the truck laying in a ditch – he was taken into custody by MFNPS officers.

The second suspect, a female, was found by the RCMP k-9 and also arrested.

Police said the suspects were taken to Portage la Prairie detachment cells and are being held in custody. Charges are pending.