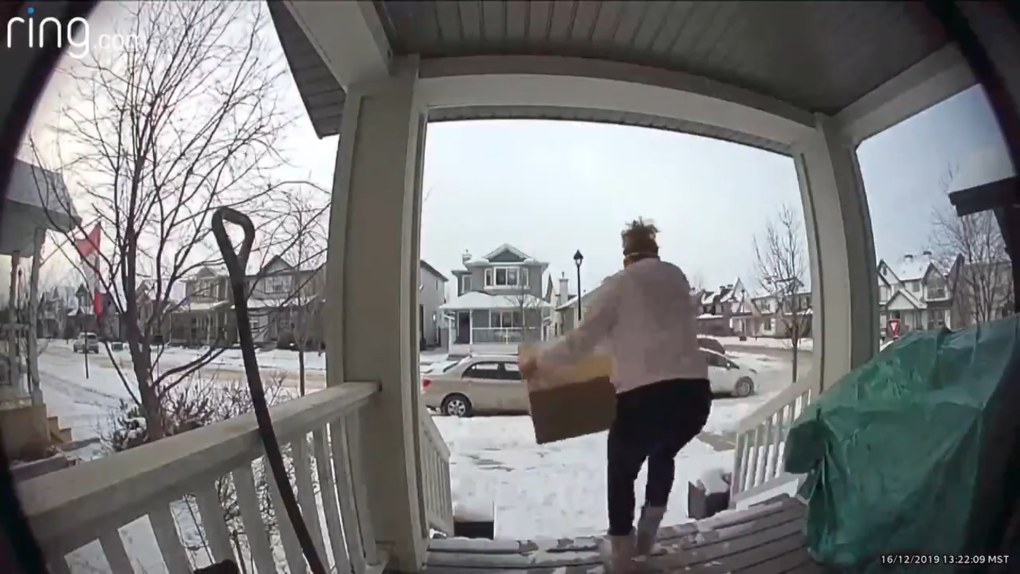 Many of these thefts have been captured on doorbell cameras and posted to social media.

Mike Cameron had one of his packages taken from his doorstep Thursday afternoon.

The thief was captured on Cameron’s doorbell camera. He posted the video to Facebook, hoping to find clues.

“These were gifts for my nephews, so more disappointed, but what can you do?”

There was some good news for Cameron, who thought his package was gone for good. Someone saw his video and reached out to him on Facebook.

“I got a message from someone who says ‘I live on your street. I know where your packages are.’”

They called the police and two officers returned the packages to Cameron.

This incident is just the latest in a string of parcel thefts, with community Facebook groups flooded with examples.

Meanwhile, some local businesses have stepped in to help in the fight against porch pirates.

“I actually saw it myself,” said Gorilla Jack Co-Owner Bernard Pacak. “I was walking my dog and I saw somebody try to grab a parcel. I told them ‘stop that.’”

Now, Pacak is letting Winnipeggers use his store as a safe spot to drop off and pick up packages.

“It’s unfortunate if you’re expecting that something special and poof, it’s gone.”

In return, Gorilla Jack is asking for a minimum of a one dollar donation to Main Street Project.