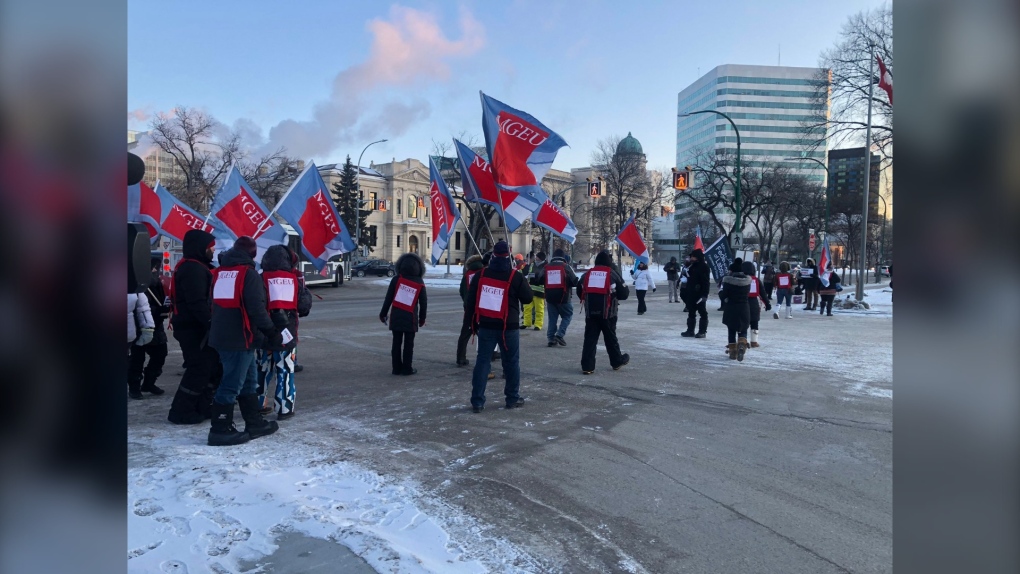 WINNIPEG -- Protesters are picketing at the Manitoba Legislative Building Wednesday morning to keep the Dauphin jail open until a new correctional centre and healing facility is built.

The Manitoba Government and General Employees’ Union is holding the information picket at the main entrance of the building from 7:45 a.m. until 9:30 a.m.

The Manitoba government announced in January it will close down the Dauphin Correctional Centre by the end of May, saying it doesn’t meet modern needs. For the 80 people who work at the jail, which includes nursing staff, corrections officers and administrative positions, the province said the goal is to try and find other employment options.

Earlier this month, a spokesperson for Manitoba Justice sent a written statement to CTV News Winnipeg, saying there is some flexibility when it comes to the date of the closure, which could be pushed back to June. The statement said the government will be working with local municipal leaders to address the community’s concerns.

Since the announcement of the closure, Dauphin residents have been looking for alternatives to fill the void such as a rehabilitation centre or healing lodge.

- With files from CTV’s Danton Unger