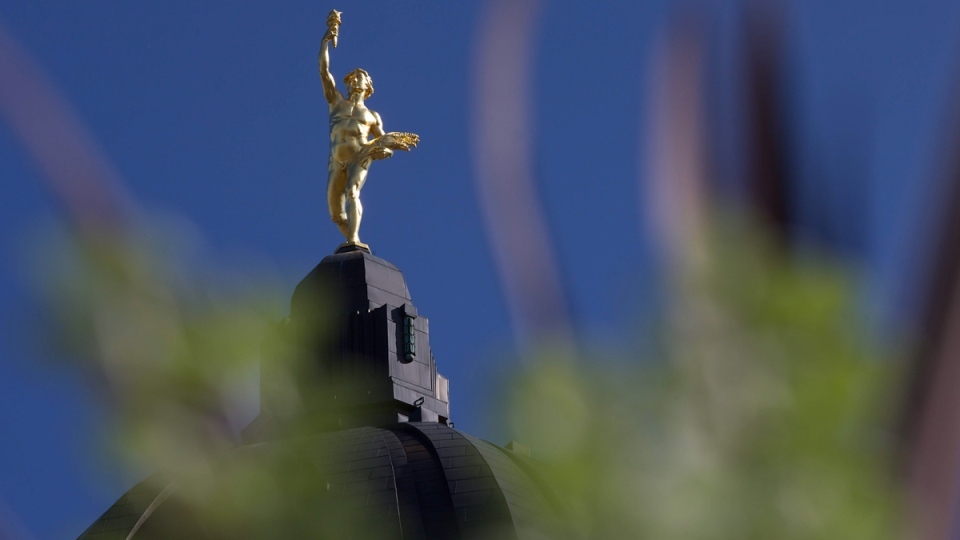 WINNIPEG -- Graffiti removal, street cleaners, and hotel receptionists are among many positions in Manitoba that can now apply for the Risk Recognition Program, after the province announced it is expanding the criteria.

On Tuesday, the province announced the changes to the risk recognition program, including opening it up to include more positions, and increasing the maximum income limit for those applying.

The $120 million program was introduced in mid-May and provides extra payment for frontline workers who were exposed to more risk during the COVID-19 pandemic.

The province said this payment is available to part-time and full-time employees in public and private sector jobs, including health care, social services, justice, transportation, food and beverage, and essential retail.

This has been expanded to include hotel workers including reception, cleaners, maintenance, kitchen staff and server positions, and Business Improvement Zone staff, including patrol, graffiti removal, street cleaners, and distributors of COVID-19 related education material and personal protective equipment.

The province said these essential workers must have worked a minimum of 200 cumulative hours from March 20 to May 29. This includes people who would have worked this amount, but were required to self-isolate under public health orders.

Those applying cannot be enrolled in the Canada Emergency Response Benefit program.

“By increasing eligible positions and income limits, and excluding overtime earnings, we will ensure the program continues to support lower-to middle-income workers and recognizes those who may have otherwise worked themselves out of qualifying through overtime,” said Finance Minister Scott Fielding in a news release.

“Manitoba’s program continues to reflect the federal government’s intention of this cost-sharing program to recognize low-income Canadian workers who risked their own health to provide crucial services.”

The Manitoba Association of Health Care Professionals (MAHCP) said the changes to the program are not recognizing the risk many health care professionals are taking.

"The Province continues to play around the edges of their so-called ‘Risk Recognition Program’, but it still leaves most Allied Health Professionals waiting for meaningful recognition of the risks they have faced during this pandemic," MAHCP president Bob Moroz said in a written statement.

"It’s clear this $30 million provincial contribution was always intended as a top-up program for lower-wage workers like the federal government initially announced. Why are they playing around with the emotions and the pocketbooks of front-line Allied Health Professionals? They deserve better. They deserve to get back to the bargaining table to bargain a fair deal.”

The province said it was taking input from stakeholders, who voted for the changes to the program.

The full list of positions covered in the program, as well as instructions to apply for the program, can be found on the Province of Manitoba website.

The province said the deadline for applications has been expanded to Monday, June 29 at noon. It said it plans to distribute the $120 million fund equally between all successful applicants, adding the number of participants in the program will determine how much each person is paid.