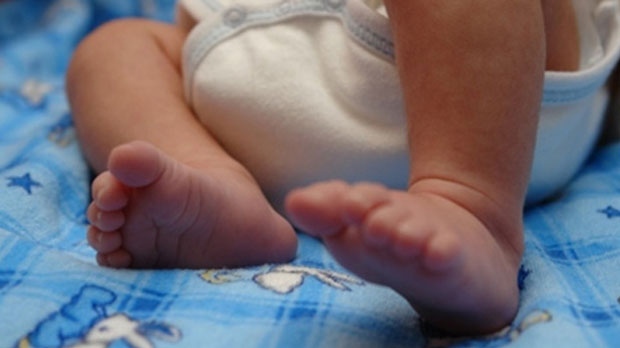 The Southern Chiefs’ Organization is calling for an end to the use of birth alerts. (File)

The province is reviewing the continued use of birth alerts in Manitoba, and said it has already taken steps to reduce the number of children taken at birth.

The province said it’s shifting its focus towards better supports for expectant mothers, including early interventions, reunifications, and better planning to provide supports. It said those steps can reduce the need to take a child into care, except when those interventions have failed.

“We have heard concerns related to the previous birth alert practice stemming from our legislative review committee and the MMIWG inquiry, which will inform our work to develop new ways to work with community to protect vulnerable newborns and support families,” said a spokesperson for the department of families in an email to CTV News.

The province is expected to launch its landmark Social Impact Bond this fall, which it said will help reduce the number of children apprehended. This project uses doulas to support the needs of at-risk indigenous mothers in partnership with the Southern First Nations Network of Care (SFNNC). The pilot will support up to 200 expectant mothers.

“SFNNC will lead the project and work with the doula service provider, Wiijii’idiwag Ikwewag, to identify expectant mothers who may not have resources to effectively parent their baby,” said a provincial spokesperson. “These mothers will then be connected to doulas, who will be a birth helper and provide support through a traditional cultural lens that the mother can learn and incorporate into her approach to parenting.”

The province said it is committed to modernizing the CFS Act and addressing the recommendations received, including through work already underway to ensure processes and standards related to birth alerts are only used in situations where there is a risk of imminent harm or danger.

The Southern Chiefs’ Organization (SCO) is calling for an end to the use of birth alerts.

On Wednesday, the organization unanimously passed a resolution at the annual Chiefs-in-Summit meetings, in favour of bringing an end to the controversial policy in Manitoba hospitals.

This comes after an announcement out of British Columbia on Monday, which stated that province will be ending the practice. SCO said leadership felt it was time to follow suit in Manitoba.

“The birth alert policy has disproportionately affected Indigenous women and families in Manitoba, and it is a practice that we can end very quickly,” said SCO Grand Chief Jerry Daniels in a news release. “Instead of separating children from their parents, we should be supporting those families in ways that prioritize healing and keeping them together.”

The resolution put forward by the SCO directs the SFNNC to develop and implement a culturally appropriate standard as an alternative to issuing the birth alert policy.

Chief Daniels is now seeking a meeting with Premier Brian Pallister and other provincial ministers to continue the discussion.