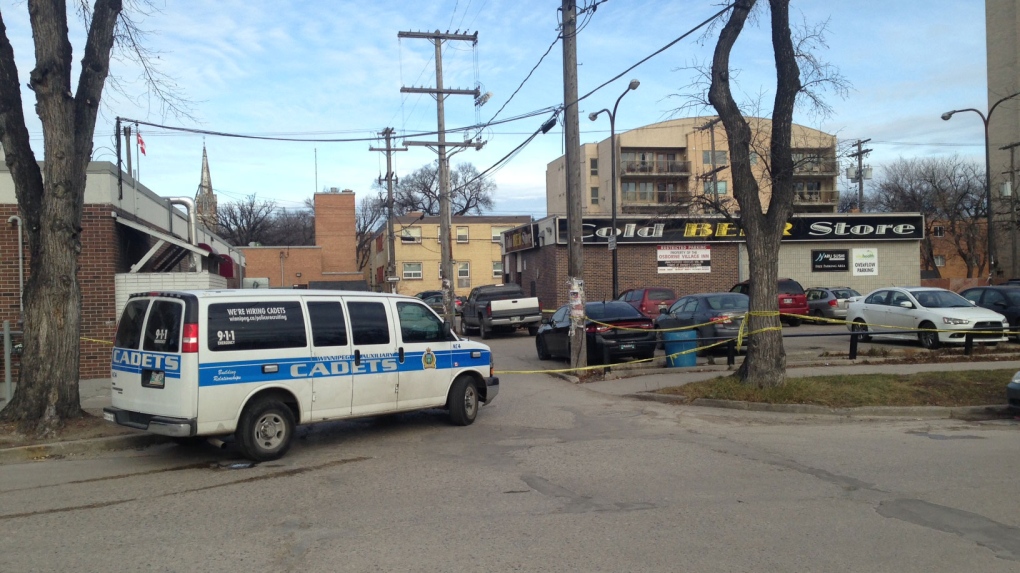 One man is dead after a shooting near Osborne Street and Stradbrook Avenue.

Two suspects face murder charges in a shooting near Stradbrook Avenue and Osborne Street on the weekend that claimed the life of a man.

Officers identified the victim as Paul Joseph Thorne, 36, of Winnipeg.

Thorne was found suffering from a gunshot wound to the upper body.

Emergency crews rushed him to hospital in critical condition, where he later died from injuries.

“The investigation has revealed that the victim in the company of two others attended to the rear of a business located on Stradbrook Avenue for a pre-arranged meeting where criminal activity is suspected,” said police in a statement.

At a press conference on Monday, police said the shooting was a drug deal gone bad.

“The victim and his associates met up with two males at which time a dispute erupted. A gun was produced by one of the suspects at which time it was discharged in the direction of the victim.”

Police said the gun used was either a long gun or a shotgun.

- with files from CTV's Ben Miljure