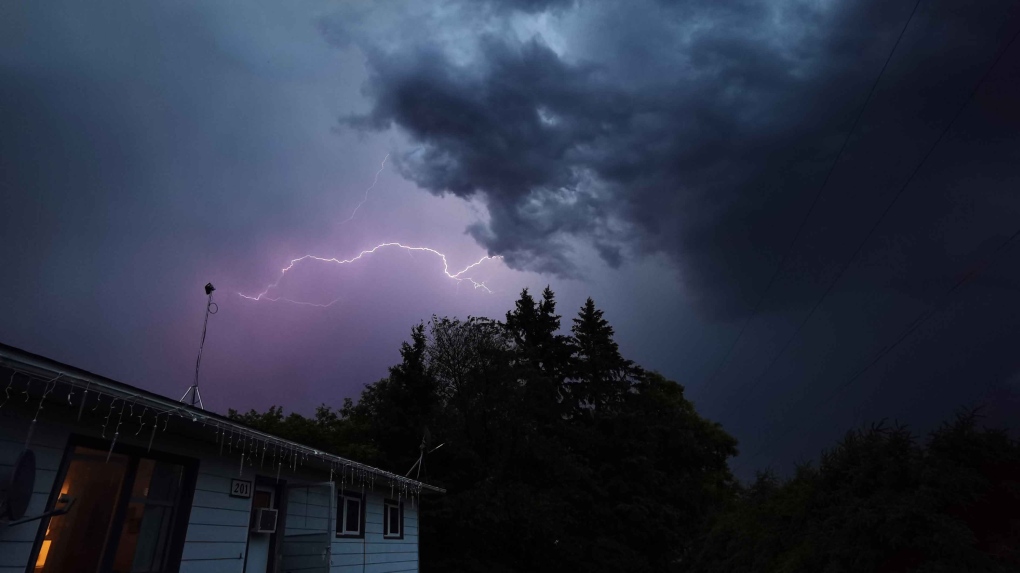 A storm that initially sparked tornado warnings across western Manitoba pelted parts of the province with large hail and strong winds Wednesday night.

According to Environment and Climate Change Canada (ECCC), the storm appeared to start in Swan River, Man. and then tracked eastward into the central Interlake and areas north of Arborg.

It then pushed over the north and south basin of Lake Winnipeg and the Hecla Island area, before tracking north of Bissett and east of Lake Winnipeg, and migrating to northwestern Ontario.

The weather agency added there have not been any confirmed tornado reports in Manitoba, but said that could change throughout the day.

A ceasefire between Israel and Palestinian militants took effect late Sunday in a bid to end nearly three days of violence that killed dozens of Palestinians and disrupted the lives of hundreds of thousands of Israelis.

Ukrainian President Volodymyr Zelenskyy said on Sunday that if Russia proceeded with referendums in occupied areas of his country on joining Russia, there could be no talks with Ukraine or its international allies.

Weather could challenge containment of wildfire in B.C.'s south Okanagan

A B.C. wildfire that has forced hundreds from their homes didn't increase in size overnight, but the hot weather Sunday means "containment lines could be challenged," according to the wildfire service.

Four more ships carrying agricultural cargo held up by the war in Ukraine received authorization Sunday to leave the country's Black Sea coast as analysts warned that Russia was moving troops and equipment in the direction of the ports to stave off a Ukrainian counteroffensive.