An eight-year-old girl with inoperable brain cancer, who wished for a playground to be built in her Norway House community, has died.

In July 2016, doctors discovered Jordin Bailey had brain tumor the size of a golf ball. Following her diagnosis, she spearheaded a campaign to raise money for a playground in her neighbourhood.

On Feb. 17, in the early morning hours, Jordin passed away.

“We’re all very devastated that she is no longer with us,” said Norway House Chief Ron Evans. “The message she left behind is a powerful one, to think about others more so than about ourselves.”

The Dream Factory – a Manitoba based charity that fulfills the dreams of kids who are battling life-threatening illnesses – approached Jordin’s family in October 2016.

When the organization asked the young girl what she wanted, and she told them about how the children in her Norway House community did not have a playground. She wished for one to be built, a request the charity said it has never received before.

More than $60,000 was raised between the local community and The Dream Factory for Jordin’s playground.

Her mother, Lisa Kematch, spoke to CTV News in February about how proud she was of her daughter for choosing such a selfless last wish.

“When she said that I was like, ‘oh that’s so cool, my girl. Right on, you’re giving back to the community to get a park there’. Because, there’s no park there, ever since the Niska View area was built and we’ve always wanted one there,” Kematch said in the interview in February.

The community of Norway House plans to start building the playground by the spring of this year. 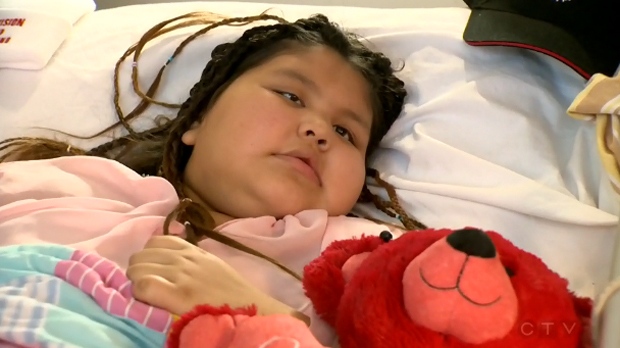