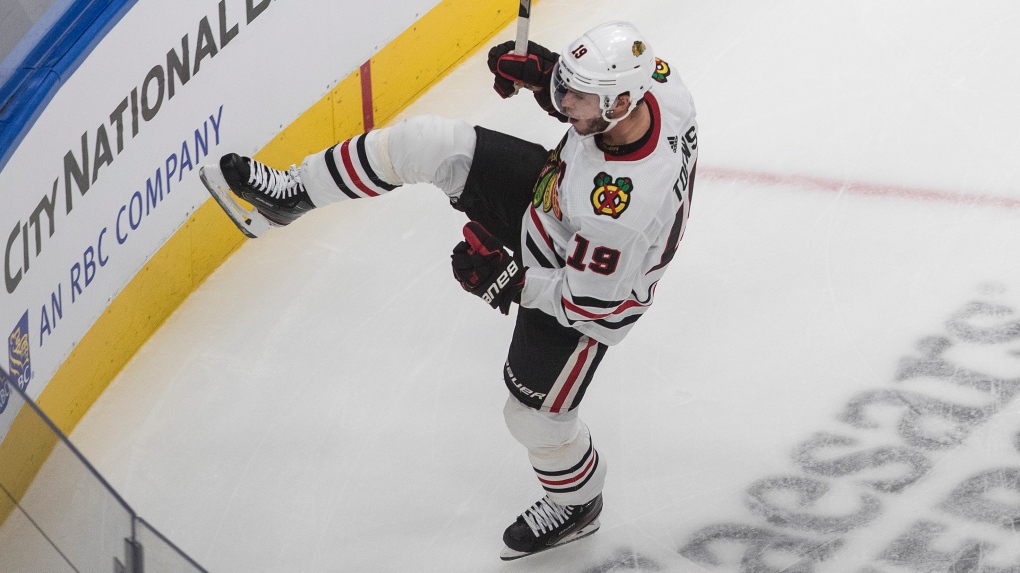 Chicago Blackhawks captain Jonathan Toews revealed Wednesday that he missed this past season while dealing with what he described as chronic immune response syndrome.

Toews revealed his diagnosis for the first time in a video released on social media. The video showed him skating at the team's practice facility, though it was not clear when he was on the ice.

"I just think there's a lot of things that just kind of piled up where my body just fell apart," Toews said. "I just couldn't quite recover and my immune system was reacting to everything. any kind of stress -- anything that I would do throughout the day there was always kind of that stress response, so it took some time."

Toews in late December said he was feeling symptoms that left him feeling "drained and lethargic." The team said at the time Toews was sidelined indefinitely by an undisclosed illness.

"I learned a lot about just the stress I put on my body over the years and appreciate all the support," Toews said. "A lot of people were worried, and I definitely felt bad to a certain degree that people were that worried that they thought it was really serious. But in the back of my mind, I knew I'd get through it. It was just a matter of time."

Toews, who is from Winnipeg, has played in 943 regular-season and 137 playoff games for the Blackhawks since making his NHL debut. He is under contract for two more seasons and could hit the 1,000-game milestone next season if he's back on the active roster and playing.

"I'm excited to get back in the United Center and play and just go out there and have fun," Toews said. "I think my best is going to come through, and I'm excited it get back."

Dubbed "Captain Serious" early in his career, Toews has always been regarded for his leadership skills and two-way play. He won the Selke Trophy as the NHL's top defensive forward for the 2012-13 season. He won the Mark Messier NHL Leadership Award in 2015.