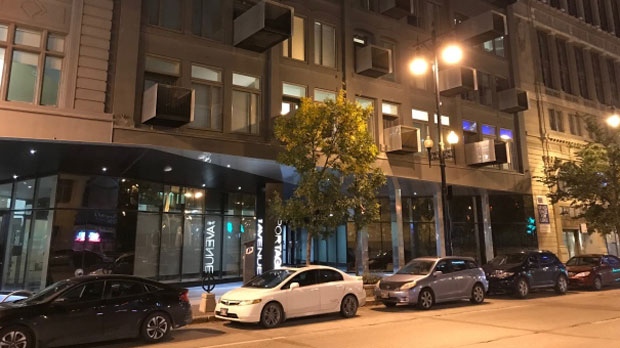 Police said they were called to The Avenue at 265 Portage Avenue early Sunday morning.

Police said they were called to The Avenue at 265 Portage Avenue early Sunday morning. .

Blood splatter could be seen in a hallway and on a set of stairs inside of the apartment block.

A source that has knowledge of the building tells CTV News the incident originated in a suite that was being used as short term rental.

Sharon Michalowski is the property manager at The Avenue on Portage.

She said that means putting in required minimum-length stays and improving the vetting process.

“Our tenant security is our top priority,” she said. “We don’t want to encourage one night stays to avoid parties.”

Michalowski said after the incident a fob key entry is being installed to increase safety.