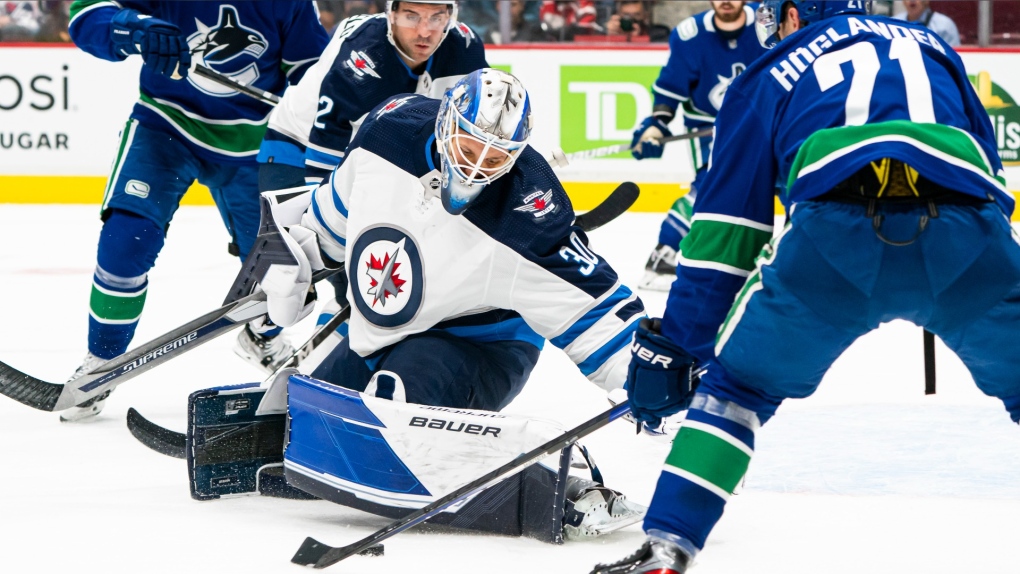 Bo Horvat and Tanner Pearson each had a goal and an assist Sunday as the Canucks topped the Winnipeg Jets 3-2 in Vancouver.

Nic Petan also scored for the Canucks, who are now 2-2-0 in pre-season action.

Jeff Malott and Kristian Reichel each tallied a goal and an assist for Winnipeg as the Jets fell to 1-2-1.

Jaroslav Halak stopped 9-of-10 shots for the home team before being replaced in the third period. Michael DiPietro had seven saves in relief.

The Canucks iced the more veteran team, with Winnipeg opting to rest several stars after dropping a 4-3 victory to the Oilers in Edmonton on Saturday.

Vancouver came out fast and furious Sunday, scoring in the first four minutes of the game and outshooting the visitors 33-18 across three periods.

Reichel got Winnipeg back in the game with three minutes left on the clock. Malott got him the puck off a faceoff and Reichel sent a shot flying over DiPietro's glove to make it 3-2.

Pearson scored 12:35 into the final frame Sunday. Nils Hoglander dished the puck to the Canucks winger in the slot and he shovelled it in past Berdin from the top of the crease to give Vancouver a 3-1 lead.

Fans were treated to some four-on-four hockey early in the second period following a dust-up between Conor Garland and Jansen Harkins.

Harkins appeared to take issue with how the Canucks winger crashed the net searching for a rebound. The pair exchanged quick blows before they were broken up by officials and each handed a two-minute roughing penalty.

Vancouver capitalized on the open ice with some crisp passing. J.T. Miller sent the puck to Madison Bowey, who sliced it to Petan, and Petan rifled it into the net to put the Canucks up 2-1.

The home side had an extended man advantage later in the frame after Winnipeg's Riley Nash caught Will Lockwood in the face with a high stick and was issued a four-minute double minor. The Canucks had several chances but couldn't bury the puck before the penalty expired.

Vancouver went 0 for 6 on the power play Sunday while Winnipeg was 0 for 3.

The first period ended in a 1-1 draw after Malott put away the equalizer at 12:15. Playing in his second-ever NHL game, the 25-year-old forward sent a wrist shot flying over Halak's right pad from the bottom of the faceoff circle.

He was assisted by Reichel and Leon Gawanke. All three played for the American Hockey League's Manitoba Moose last season.

A giveaway deep in Winnipeg territory set up the first goal of the night.

Berdin attempted to clear the puck from behind the net but was picked off by Pearson, who sliced a pass to Horvat, stationed at the top of the crease. The Canucks captain blasted a snap shot that caught Berdin before dribbling over the goal line to put Vancouver up 1-0 just 3:32 into the game.

The NHL's newest franchise, the Seattle Kraken, are set to make their inaugural visit to Vancouver on Tuesday. The Jets will be back in action in Winnipeg Wednesday, kicking off a home-and-home series with the Calgary Flames.

The Canucks have three pre-season games left to play while the Jets have two more tune-ups before beginning the regular season.

This report by The Canadian Press was first published Oct. 3, 2021.