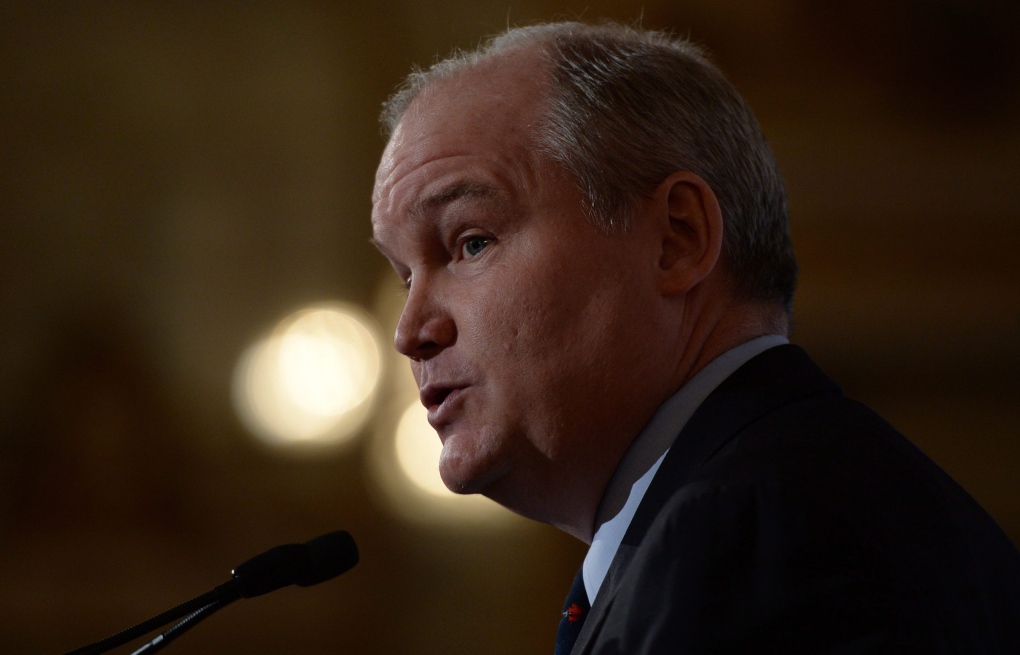 Minister of Veterans Affairs Erin O'Toole speaks at the Conference of Defence Associations Institute conference on security and defence at the Chateau Laurier in Ottawa on Thursday, February 19, 2015. (Sean Kilpatrick / THE CANADIAN PRESS)

OTTAWA -- The Federal Court of Appeal has handed down a judgment that will force Veterans Affairs and its independent appeal board to take more care in deciding on the mental health claims of ex-soldiers.

In a recently released decision, the justices overturned a lower ruling and rejected arguments from the Veterans Review and Appeal Board in the case of Anne Cole, a former officer discharged because she suffered from depression.

She applied for a disability benefit saying her military service was the cause of her mental health issues, but the Veterans Department, the appeal board and even the Federal Court rejected her claim, saying that her condition was not primarily related to military service.

But in a ruling that surprised many observers, the Federal Court of Appeal sided with Cole and said she should only have had to demonstrate that her illness "arose out of or was directly connected with" her time in uniform.

The wording is key because both the department and review board have insisted, particularly in mental health cases, that a veteran point to one traumatic incident or series of incidents that caused their depression or post-traumatic stress disorder.

The legislation does not stipulate a level or degree to which the cause of an illness must be justified, the appeal court said. In fact, the law governing veterans' benefits says the government must be generous and give ex-soldiers the benefit of the doubt when it comes to whether their injury was caused by military service.

The May 5th ruling, which has yet to be posted online, has been circulating in the veterans' community.

It sets out a four-part guideline for the federal government and the tribunal to follow to decide claims.

The ruling should make both the department and the independent board think twice about rejecting claims, said Stephen Aker, one of Cole's lawyers.

"It'll be helpful to veterans. How helpful? It depends on the individual circumstances of their cases," said Aker.

What it does not mean is that the federal government will be forced into approving a flood of mental health claims that might otherwise have been rejected, he said.

"This lowers the bar most significantly for injured veterans," he said.

The question, Aker said, is how closely both the department and the review board will follow the decision. In the past, justices rendered a decision favourable to an ex-soldier on a specific point of law only to see the same issues land back in front of them.

A spokesman for Veterans Affairs Minister Erin O'Toole pledged that the department would review its policies and practises in order to align them with the court's decision.

Martin Magnan said there is no intention to appeal the decision.

"The Government of Canada welcomes the Federal Court of Appeal decision and applauds the court's clarification of the test for establishing a veteran's entitlement to a disability pension," Magnan said in an email.

"This Federal Court ruling provides Veterans Affairs Canada with the opportunity to re-evaluate its interpretation and application of legislation to ensure veterans receive all of the benefits to which they are entitled."

He statement did not set out a timeline for the review, but Magnan did say the department "is committed to applying the 'benefit of the doubt' in its adjudicating procedures."