A Winnipeg family is in mourning after their beloved dog died from a suspected intentional poisoning.

Ginger was part of Tannis Snyder's life for nearly eight years, but her life was cut short.

In early April, Snyder said Ginger started acting strange, so she brought her to a veterinarian.

"She wouldn't eat, so we brought her in. She was in really rough shape. She ended up spending a couple nights out in Stonewall and they took such good care of her, and she came home, and she just couldn't hold food."

After a few trips back and forth to try and figure out what was wrong, it was determined through testing that Ginger had consumed rodent poison. 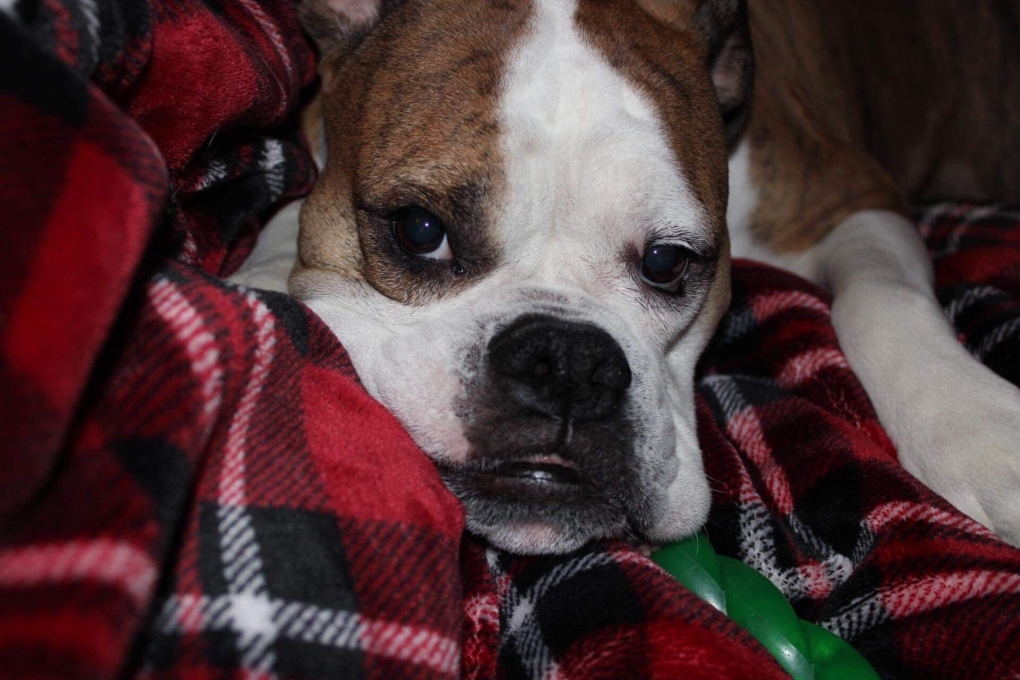 Tannis Snyder's dog Ginger had to be put dog on July 10, after it was believed Ginger was intentionally poisoned with rat poison. (Source: Tannis Snyder)

Tannis Snyder's dog Ginger had to be put down on July 10, after it was believed Ginger was intentionally poisoned with rat poison. (Source: Tannis Snyder)

"We were just shocked. Utterly shocked," said Snyder. "Where the heck would we get mouse poison? I don't have it in my home. I never buy it, and it just didn't make any sense. We were just all confused, going, 'How did this happen? How could this happen?'"

Ginger had to be put down on July 10. It's believed the poisoning was thrown into the backyard of their Minto area home.

Another dog in that same neighbourhood was also poisoned, according to the Winnipeg Police Service, though that dog recovered. Police said the rodent poison was contained in a plastic bag which was thrown into their yards.

"The troubling part is the way some of these rodenticides work, they can be anticoagulants that can take three to five days before there's any obvious symptoms," said Dr. Ron Worb with the Anderson Animal Hospital and Wellness Center.

He noted some early symptoms may include breathing rapidly, some coughing, and being lethargic.

"As this goes on further, and it goes from internal bleeding to external bleeding, they could vomit with blood in their vomit, they may have bloody feces, they could have swollen joints that are getting filled up with blood, or they start to bruise easily."

Dr. Worb said the sooner you can bring your pet in, the better it is for treatment. He also said it's important to let your veterinarian know if you believe your pet may have consumed poison, so the appropriate steps can be taken.

After Snyder found out her dog had been poisoned, she warned her neighbours to be on the lookout. She's also urging all Winnipeggers—not just those living in the Minto area—to keep an eye on their pets and their backyards.

"If my dog's death can raise awareness of this happening to somebody else, then we could save somebody the pain and loss that we've endured, then it's not for nothing," she said.

Police are encouraging pet owners to report any suspicious circumstances that involve their pet consuming a poisonous substance in their yard, and to immediately seek medical attention for the animal.

Cruelty to animals, which includes intentional poisonings, is a criminal code offence. Those found guilty could spend up to five years in prison or be fined up to $10,000.