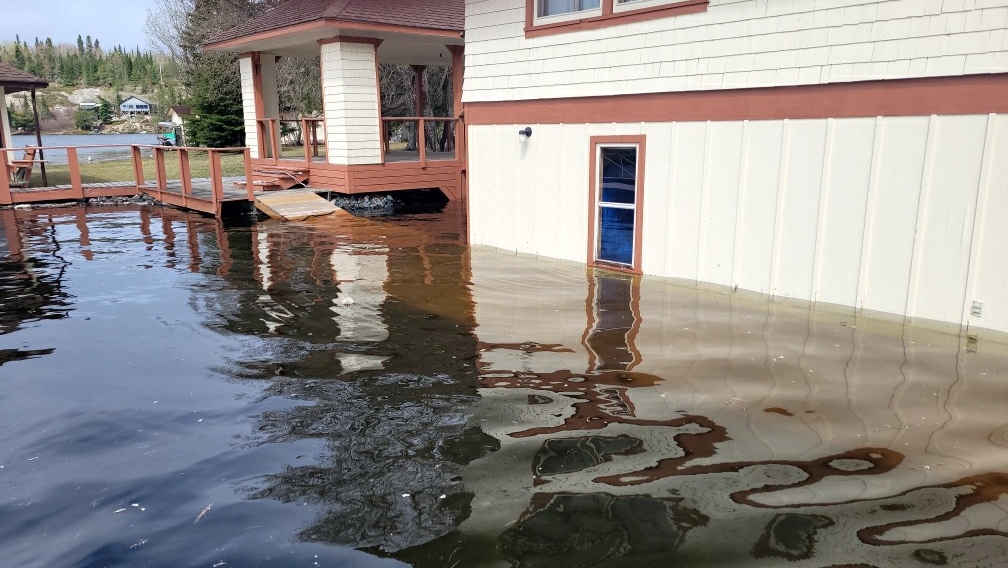 Vacation resort owners near Minaki, Ont., are drowning, both literally and financially, after flooding has left them operating below capacity or unable to open at all, and they feel helpless to do anything about it.

“We’re totally overlooked because of our location,” said Phil Reid, executive director of Reid’s Birch Island Resort. “We resort owners are pretty self-sufficient and don’t like asking for handouts, but we need help, now.”

Reid’s resort, a nearly three-hour drive from Winnipeg on Gunn Lake, is still partly underwater after massive spring flooding that saw nearby Kenora, Ont., evacuated in May. Heavy rains combined with a larger-than-usual snow thaw caused the Lake of the Woods and Winnipeg River systems to run at almost the highest levels on record. 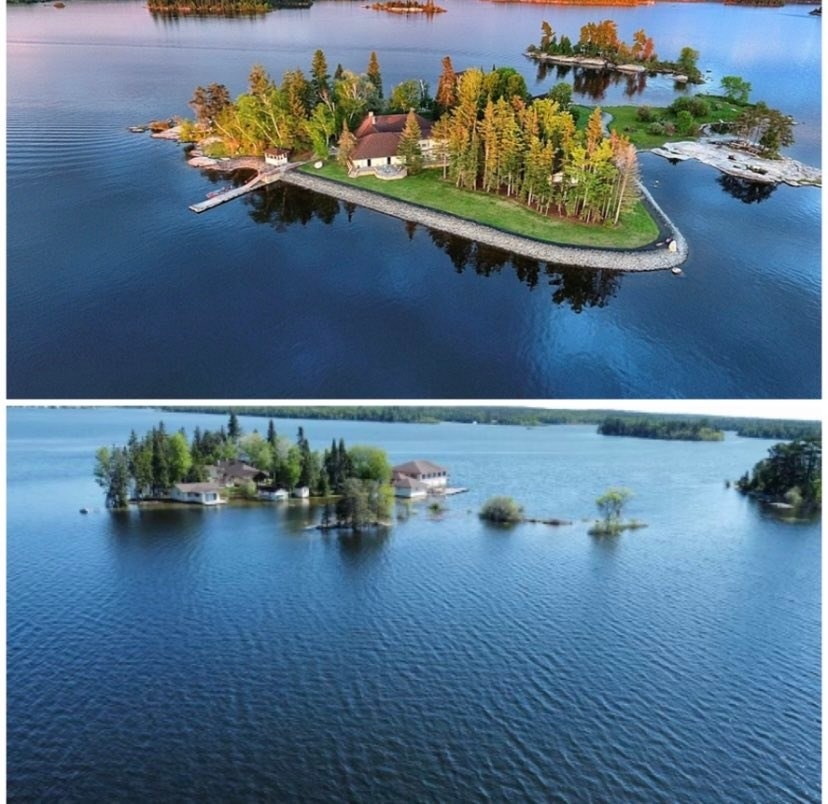 Reid's Birch Island Resort before the flooding (top) and after (bottom). (Source: Phil Reid)
“The water is up eight or nine feet from last year,” said Reid. “And there is no resort insurance for us, so the damage is all a loss.”

Eric Brown owns three fishing resorts on Lake of the Woods. Unlike Reid, he is currently open to guests, but is operating at about 75 per cent capacity.

He says the financial hit has still been significant, especially after the pandemic.

“The last two years have been awful, and to have this happen now is very difficult to take,” he said. “All of our docks have floated away, the damage is extensive.”

Brown says there is a federal financial assistance program in place, but the application process is not easy, and the deadline for this season has already passed.

“It’s just so cumbersome,” he said. “There are so many details, and I just don’t have the time.”

The resorts are located in the Unorganized Kenora District in Northwestern Ontario, and therefore do not have an MP, MLA, or any local government.

Brown says he has reached out to the office of the Kenora member of parliament, but was told there is nothing they can do.

CTV News Winnipeg has also reached out to the Kenora MP for comment, but have not heard back.

In the meantime, all Reid can do is wait for the water to go down and hope for no rain.

“We’re hoping to be open by August,” he said. "That's the frustrating part, not being able to do anything."

A ceasefire between Israel and Palestinian militants took effect late Sunday in a bid to end nearly three days of violence that killed dozens of Palestinians and disrupted the lives of hundreds of thousands of Israelis.

Ukrainian President Volodymyr Zelenskyy said on Sunday that if Russia proceeded with referendums in occupied areas of his country on joining Russia, there could be no talks with Ukraine or its international allies.

Weather could challenge containment of wildfire in B.C.'s south Okanagan

A B.C. wildfire that has forced hundreds from their homes didn't increase in size overnight, but the hot weather Sunday means "containment lines could be challenged," according to the wildfire service.

Four more ships carrying agricultural cargo held up by the war in Ukraine received authorization Sunday to leave the country's Black Sea coast as analysts warned that Russia was moving troops and equipment in the direction of the ports to stave off a Ukrainian counteroffensive.