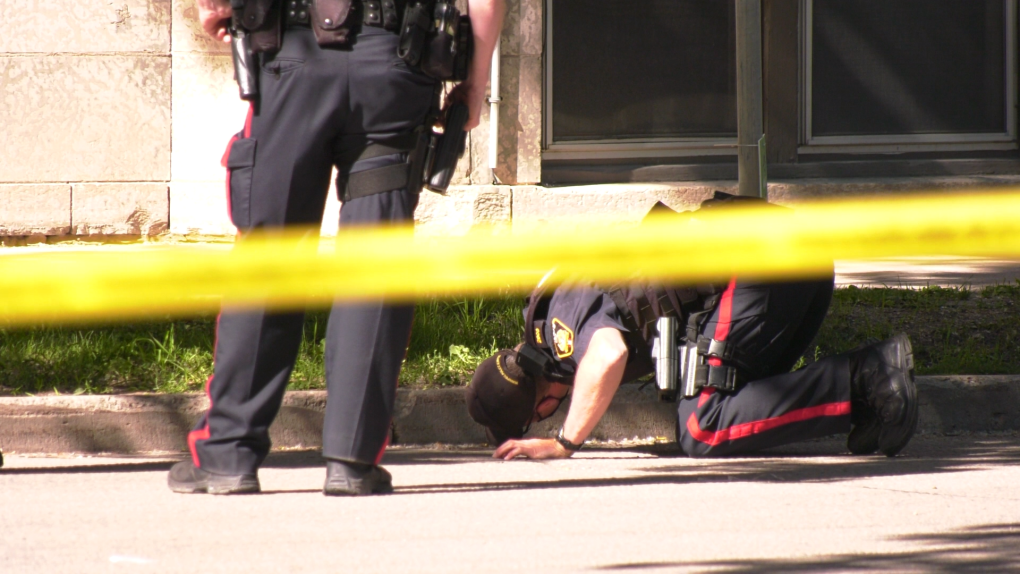 Winnipeg police investigate after a man was found suffering from a gunshot wound in the area of Balmoral Street and Young Street on June 14, 2021 (CTV News Photo Glenn Pismenny)

WINNIPEG -- A Monday afternoon shooting in Winnipeg’s West Broadway neighbourhood resulted in the death of a 29-year-old man, according to police.

The Winnipeg Police Service said they responded to a report of a shooting in the area of Young Street and Balmoral Street at around 3:45 p.m.

The victim, Kyle Anthony Braithwaite, was transported to hospital with a gunshot wound where he was pronounced dead.

Police said the shooting caused Balmoral Hall School to be temporarily put in lockdown, but noted all students and staff were safe. Police had also requested that people stay away from the area.