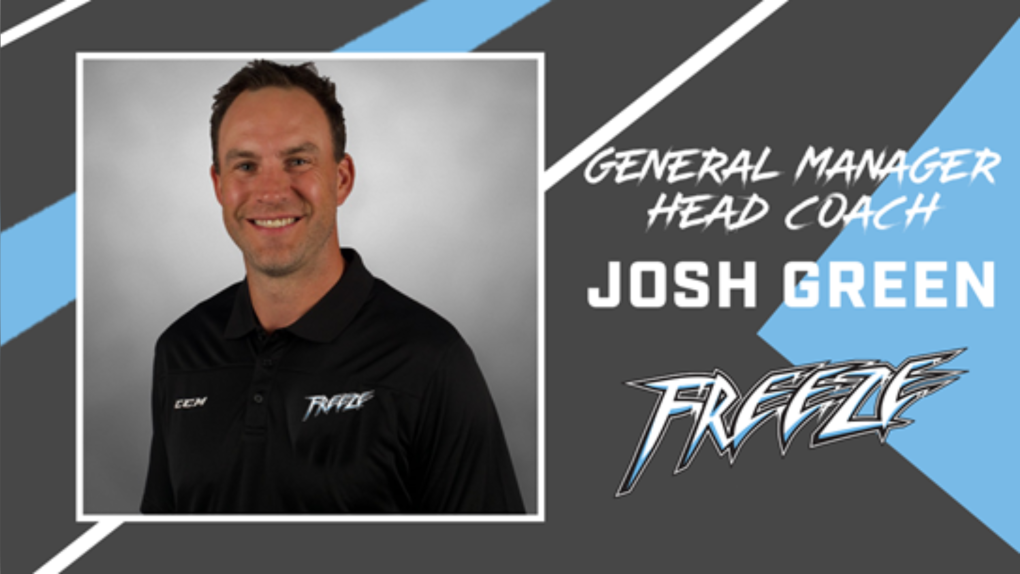 Josh Green is the first ever head coach and general manager of the Winnipeg Freeze. Supplied Photo

WINNIPEG -- There will be a new team hitting the ice this year when the Manitoba Junior Hockey League (MJHL) starts.

The Winnipeg Freeze will be joining the fray as the 12th team in the league.

The team announced on Thursday its new bench boss and general manager will be former NHL player Josh Green.

Green has an extensive hockey background, playing in the Western Hockey League (WHL) for five seasons, which included stints with the Medicine Hat Tigers, Swift Current Broncos, and the Portland Winterhawks.

He was drafted in the second round of the NHL draft in 1996 by the L.A. Kings and played nine seasons in the league, including Canadian stops in Edmonton, Vancouver, and Calgary.

The Camrose, Alta. native said he is excited about the head coach opportunity.

"It's a great opportunity to work and develop young hockey players who are looking to forward their hockey careers," said Green in a news release.

Main camps for the MJHL season are set to start on Sept. 18, and the regular season is scheduled to start on Oct. 9.