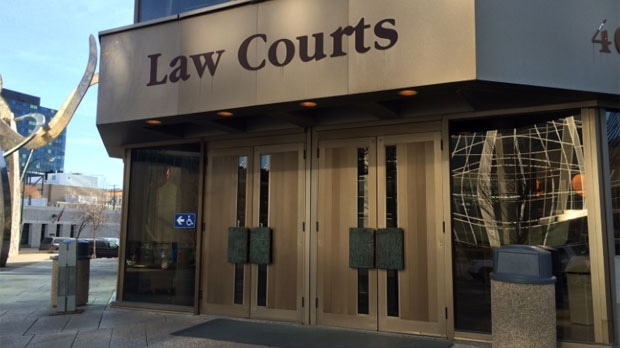 A Winnipeg man who left his mother on a floor for weeks until she died has been ordered to spend more time behind bars. (File image)

WINNIPEG -- A Winnipeg man convicted in connection with the death of his mother plans to take his case to the Supreme Court of Canada after he was handed a harsher sentence Thursday, his lawyer said.

Ronald Siwicki was convicted in 2018 of criminal negligence causing death.

His 89-year-old mother, Elizabeth Siwicki, died after falling from her bed and lying on the floor for weeks, according to court documents.

On Thursday, the Manitoba Court of Appeal overturned Ronald Siwicki’s three-month sentence. Instead, the court sentenced Siwicki to two years in prison, respecting time served, for a sentence that totals 21 months.

Ronald Siwicki, who was living with his mother at the time, was not able to lift Elizabeth back in bed and did not get medical help, documents show.

“His mom was a very lovely lady, but a very forceful woman,” Cook said, adding that Siwicki’s mother often told him she never wanted to go to the hospital.

“When she fell out of bed, unfortunately in November of 2014, again she said to him, ‘Don’t call an ambulance, you take care of me.’ And he tried.”

Court documents show Siwicki gave his mother nutritional drinks and water after she fell, saying he did not seek medical attention in order to honour his mother’s wishes.

“Her death was completely preventable,” Justice Janice L. LeMaistre wrote in the appellate court decision. “She was not dehydrated or malnourished and she would have survived with the appropriate care.”

In May, the Crown said Justice Colleen Suche, Siwicki’s sentencing judge, made an error in her assessment of aggravating and mitigating factors, passing an “unfit” sentence.

“In my view, the sentencing judge lost sight of the offence before her and failed to appreciate or give effect to the greater degree of responsibility of the accused,” LeMaistre wrote in the decision to extend Siwicki’s sentence, which was not unanimous.

It’s because of Justice Monnin’s dissenting judgement that Siwicki has an opportunity to take his case to the Supreme Court of Canada, his lawyer Mike Cook said.

Cook said if the appeal is accepted by the Supreme Court, Siwicki should be able to post bail and be released leading up to hearing.

Cook said he is “cautiously optimistic” with the future of Siwicki’s case.