WINNIPEG -- The Winnipeg Police Service seized a total of $11.5 million in assets, including drugs, Bitcoin and cars, during a months-long investigation into a multi-provincial drug network between British Columbia and Manitoba.

Officers with the Winnipeg Police Service’s Organized Crime Unit, with the help of a number of other police units, started its investigation, dubbed ‘Project Gold Dust,’ back in May 2020.

During this investigation, officers said they identified multiple members of a local group of traffickers from a drug network known as ‘The Company.’

The investigation then grew into a joint forces operation with the E-Division RCMP – Federal Serious and Organized Crime Unit, located in British Columbia.

Officers allege the drug network imported multi-kilogram quantities of cocaine into Winnipeg and distributed the drugs through a “sophisticated operating network of high/mid-level operators and local couriers.”

Police said the drug network’s primary criminal activities entailed transporting cocaine from British Columbia into Winnipeg for distribution, as well as collecting large sums of cash proceeds to give back to British Columbia as payment for the drugs. 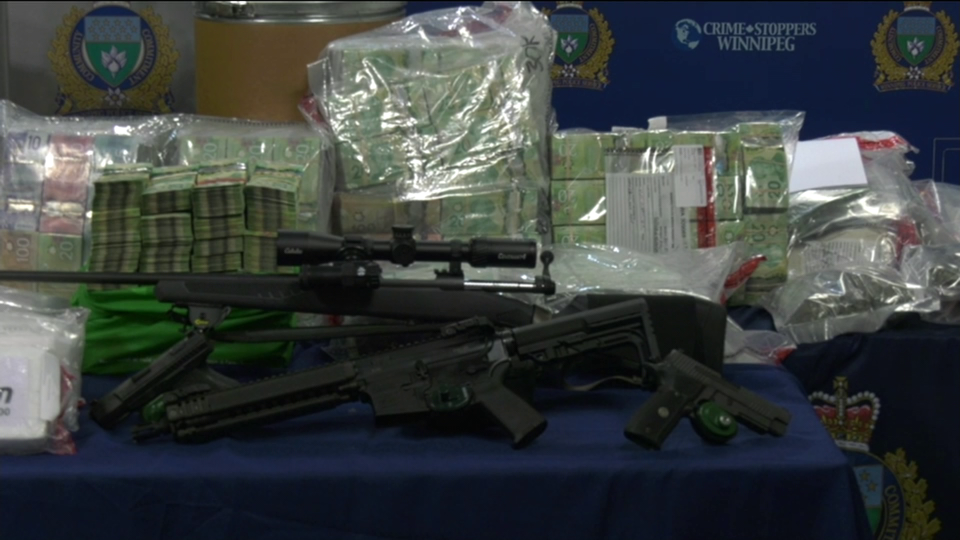 (Cash and firearms seized as part of Project Gold Dust are on display on Feb 24, 2021. CTV News Photo Ken Gabel)

This resulted in 11 people from Winnipeg and British Columbia being charged with drug-related offences and the seizure of millions in goods.

Police have charged the following 11 people:

Police said two other men and one woman from Winnipeg were arrested but not charged at this time.

Police said the investigation is ongoing and other arrests and charges are still pending. 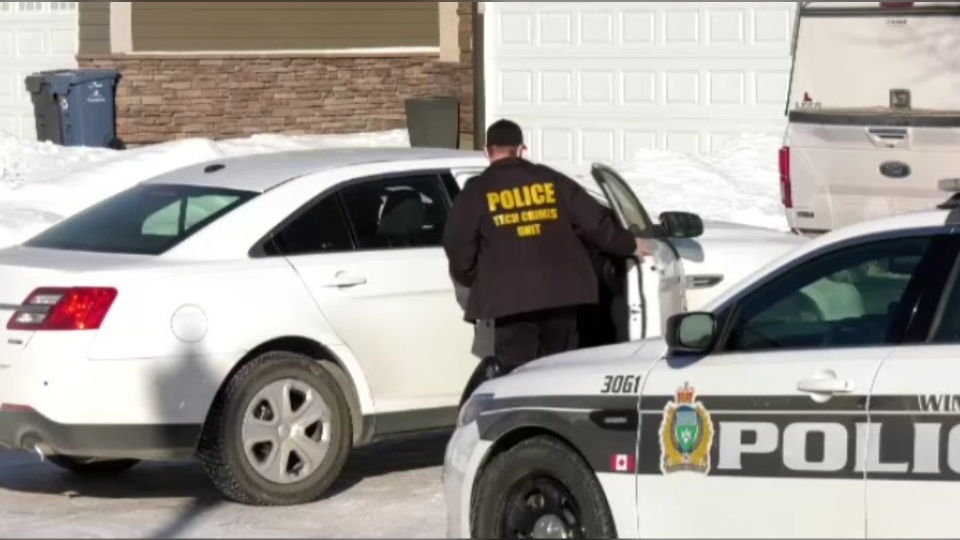 During these searches, police seized the following items in Winnipeg:

Police also seized a number of vehicles with a total value of $230,000, as well residential and commercial properties worth $4,644,000.

It’s the first-ever seizure of Bitcoin in a Winnipeg police investigation, according to Insp. Max Waddell

None of the charges against the 11 have been proven in court.

Some locations in Winnipeg that were searched include Melrose Avenue East and Haverhill Crescent.