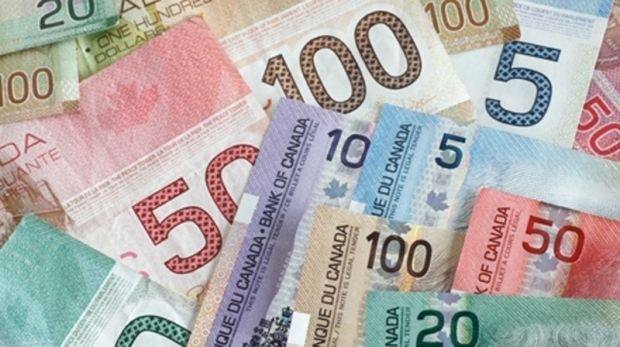 The Conference Board of Canada predicted that the province's economy will grow by 0.5 per cent this year -- a drop from earlier estimates. The board also forecast an anemic 0.8 per cent growth for 2020, the lowest among the provinces. (File image)

The Conference Board of Canada predicted that the province's economy will grow by 0.5 per cent this year -- a drop from earlier estimates. The board also forecast an anemic 0.8 per cent growth for 2020, the lowest among the provinces.

The board pointed to an agricultural trade war with China, a drop in mining activity and completion of a couple of mega-projects, such as the BiPole Three hydroelectric transmission line, for putting a damper on economic activity.

"The easing of growth in the provincial government's program spending, as the government wrestles down the deficit, will also subtract from (gross domestic product) gains over the next few years," it stated.

NDP Leader Wab Kinew said the findings may explain why Premier Brian Pallister moved up the election to Sept. 10 from its scheduled date of Oct. 6, 2020.

"I told you at the outset of this election (campaign) that Mr. Pallister was calling an early election because he knows that we're likely headed for recession," said Kinew, who added that controversy over Tory health-care reforms is also likely to have been a factor.

Pallister, who was in northern Manitoba on Thursday, promised last week to help create jobs by speeding up development and zoning permits, increasing tourism promotion and spending more on highway infrastructure.

"We've committed to a strategic investment in infrastructure ... and we're committed to job growth and ensuring that Manitobans who want to work will have an ability to go to work," he said.

An opinion poll from Mainstreet Research done between Aug. 17 and 19 showed the Tories were ahead in their battle to get elected to a second term, but the race was tightening.

Mainstreet said 42 per cent of decided and leaning respondents said they backed the Tories, 35 per cent favoured the NDP, 12 per cent sided with the Liberals and 10 per cent supported the Green party. The margin between the Tories and NDP was slightly narrower than a similar Mainstreet poll in the spring.

Inside Winnipeg, where most legislature seats lie, the poll suggested the NDP were ahead of the Tories among decided and leaning voters at 40 per cent to 35.

Seventeen per cent of all respondents were undecided.

On the hustings Thursday, the Tories promised 12 new treatment and waiting spaces for people addicted to methamphetamines. Use of the drug has skyrocketed in the last two years.

The NDP said it would hire more midwives, restore a hospital breastfeeding support program cut by the Tories and provide free feminine hygiene products in schools.

The Liberals pledged to eliminate a $500 fee for foreign workers wanting to come to Manitoba under its Provincial Nominee Program. The Tories enacted the fee in 2016 to raise money to address a backlog of applications.