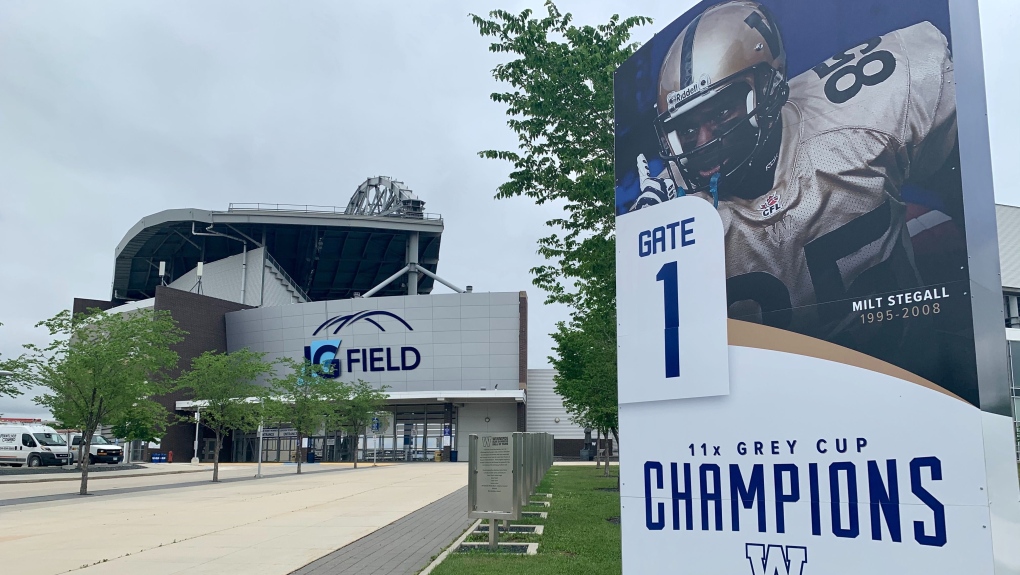 The Winnipeg Blue Bombers are hoping people continue receiving their second dose of the COVID-19 vaccine so that they can come cheer on the team when the season kicks off in August.

“As we get out of this third wave, we look to getting people back to see football and soccer at IG Field,” said Wade Miller, the president and CEO of the Winnipeg Blue Bombers.

When asked if fans will be in stands when the season begins in August, Miller was definitive.

According to the provincial government, large-scale, outdoor professional sports or performing arts events may allow fully immunized Manitobans to attend, subject to approval by Manitoba Public Health. The province would work with sports organizations to implement proof of vaccination protocols for the events, but nothing has been announced yet.

Miller said planning is underway for what the game-day experience will look like, which will be announced in July.

“We’ll have additional ticketing ushers at the gates to help with ensuring everyone has their immunization cards, and we’re able to check those,” he said, adding additional staff and additional protocols will likely be added as plans are finalized.

Alberta is preparing to lift the majority of its COVID-19 restrictions on Canada Day, when 70 per cent of its population has received at least one COVID-19 vaccine dose. It would allow fans to attend CFL games in Calgary and Edmonton. Saskatchewan will be lifting its restrictions on large gatherings on July 11.

“We see what Alberta and Saskatchewan have done, where they’ve said there won’t be any restrictions come August for their stadiums, and we look forward to getting to that point as well and having that, especially when our fans will be fully vaccinated,” he said.

Miller encouraged Manitobans to get vaccinated if they haven’t done so yet.

The Blue Bombers begin the 2021 season with a Grey Cup rematch against the Hamilton Tiger-Cats on August 5.