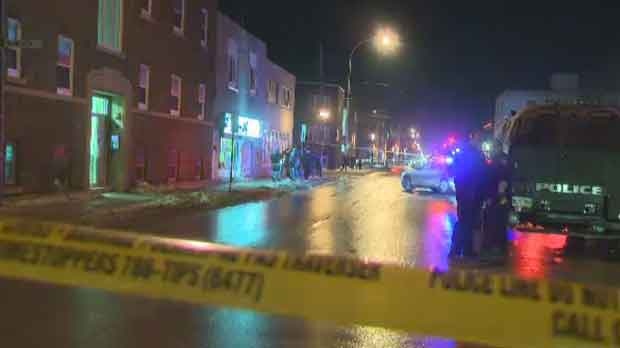 As the suspect was armed, the Tactical Support Team and AVR-1 were deployed to the area.

The Winnipeg Police Service released more information about a serious incident that drew an armed police presence to the West End Thursday night.

Officers said it happened at around 9:10 p.m. Thursday. They were called to the area of Furby Street and Ellice Avenue, where they found a male youth suffering from a gunshot wound to his lower body.

He was taken to hospital in critical condition, but has since been upgraded to non-life-threatening condition.

An investigation revealed that a group was confronted by a man and robbed. Police said the suspect pulled out a gun during the altercation, and the victim was shot.

The suspect fled before police arrived.

As the suspect was armed, the Tactical Support Team and AVR-1 were deployed to the area.