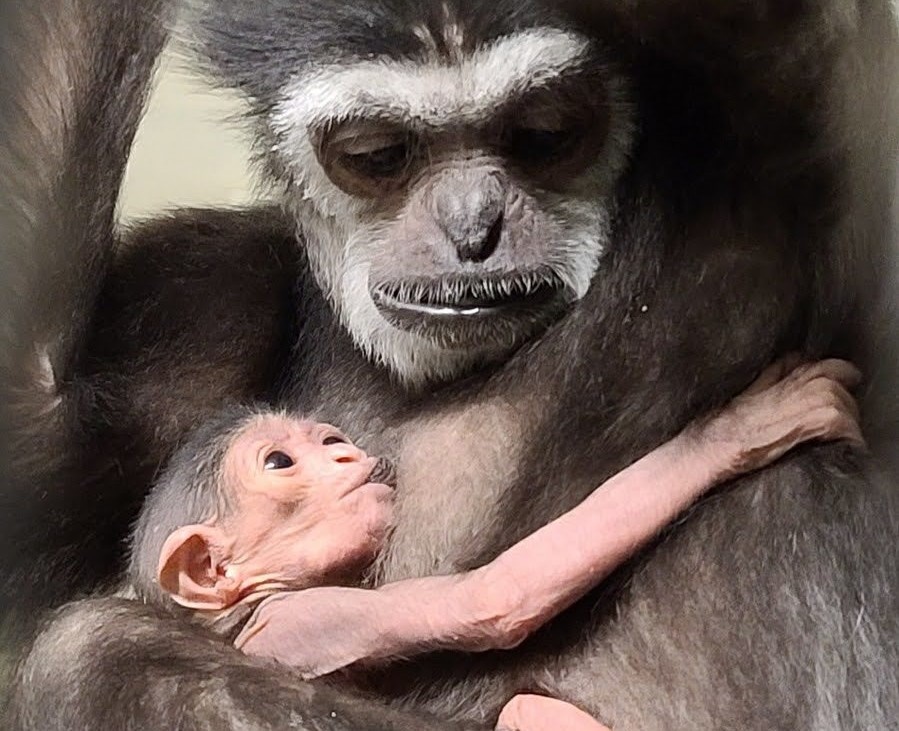 WINNIPEG -- The Assiniboine Park Zoo has a new resident, an endangered baby white-handed gibbon, born to parents Maya and Samson on Wednesday.

This is the second baby for the couple, who were matched together following a recommendation from the Association of Zoos and Aquariums Species Survival Plan program.

The zoo said the baby gibbon and its mother are both doing well. It’s not yet known if the baby is a boy or girl because the zoo is taking a hands-off approach and will only examine the baby if necessary. It’s expected they will be both be given access to their indoor habitat sometime within the next few days.

“White-handed gibbons are an endangered species due primarily to habitat loss, so this birth is certainly something to celebrate!” said Grant Furniss, senior director of animal care and conservation at the zoo.

If you are not familiar with the gibbon, it’s one of the fastest of all primates, mainly found in the tropical rainforests of Southeast Asia. They are tall and tailless, with a soft thick fur that varies between black and fawn in colour.

They are endangered because of habitat loss, mainly due to an increase in palm oil production, according to the zoo. The oil is used in many products including food, soaps, candles and even fuel.

The new baby gibbon joins Salju, its sibling born on February 4, 2019. Maya was also born at the zoo back in 2011, and in 1992 Samson’s father was as well and lived here for a couple of years before moving to Edmonton.