'Moments of magic': When the world met Winnie-the-Pooh for the first time on Christmas Eve 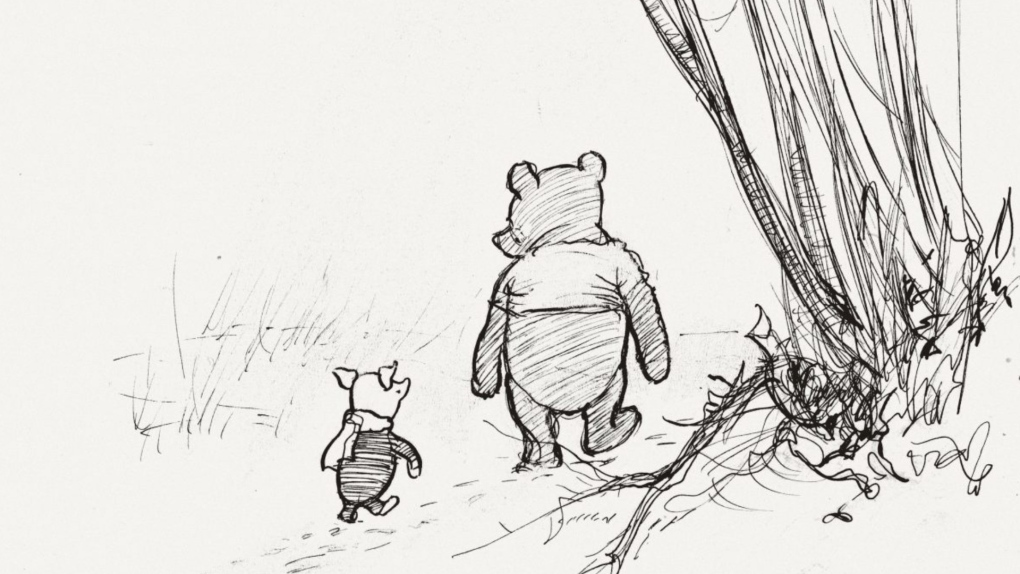 A 1926 pen-and-ink sketch of Winnie the Pooh and Piglet by E. H. Shepard from the collection of Clive and Alison Beecham. (Source: Atlanta's High Museum of Art)

WINNIPEG -- On Christmas Eve 95 years ago, a London newspaper ran a children's story about a boy, a bear, and their adventures together in the Hundred Acre Wood, introducing the world to the beloved Winnie-the-Pooh.

The story of the classic honey-loving bear started more than a decade earlier, across the Atlantic Ocean in Canada with a man named Captain Harry Colebourn.

Lindsay Mattick, the great-granddaughter of Colebourn, told CTV News the man had a deep love for animals, and so when the First World War broke out, he enlisted as a veterinarian in the cavalry unit.

While en route from his home in Winnipeg, Man., Colebourn came across a hunter who had killed a bear and was selling the cub for $20. He bought the cub and named it Winnipeg (or Winnie for short) after his hometown.

Winnie went all the way to England with Colebourn, becoming the mascot of the brigade. 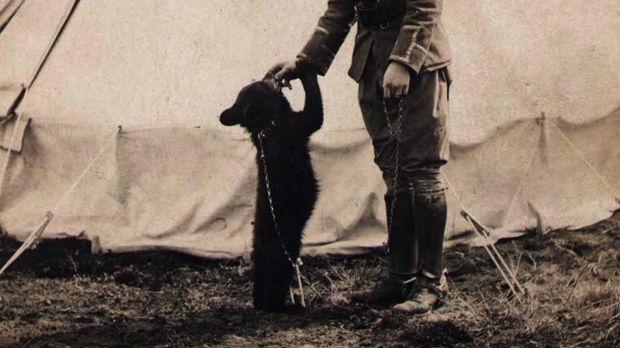 Harry Colebourn and his bear Winnie are shown in this handout photo from 1914 supplied by Colebourn's great-granddaughter Lindsay Mattick. THE CANADIAN PRESS/HO

"During that time, he realized that obviously they had to go to the front lines, and the front lines would not be a safe place for a little bear cub," Mattick said.

"At that point, Harry brought (Winnie) to the London Zoo. And while she was at the London Zoo, he said, 'I'll be back for you at the end of the war.'"

Winnie lived at the zoo until 1934. It was during Winnie's stay at the London Zoo that Winnie met author A.A. Milne and his son Christopher Robin.

"Christopher Robin took a particular fondness to Winnie. He renamed one of his stuffed animals 'Winnie' of course after Harry's Winnie," Mattick said.

"From there, A. A. Milne began writing children's stories, of course, with one of the central characters being Winnie-the-Pooh."

Christopher Robin and Winnie-the-Pooh made their first appearance in the London Evening News on Christmas Eve 1925 in a story called 'The Wrong Sort of Bees.'

In the decades since, Christopher Robin and Pooh, along with Piglet, Tigger, Eeyore, and the rest of the gang in the Hundred Acre Wood, have become best-seller classics and, most recently, inspired a live-action feature film in 2018.

"This family story has always been important to me. It's always been something that I felt really fortunate that is a part of our kind of family lore," Mattick said, who now lives in Toronto.

"It's a true story, and every time you have a fictional story that's inspired by an actual true love story, I think that's a really beautiful thing." 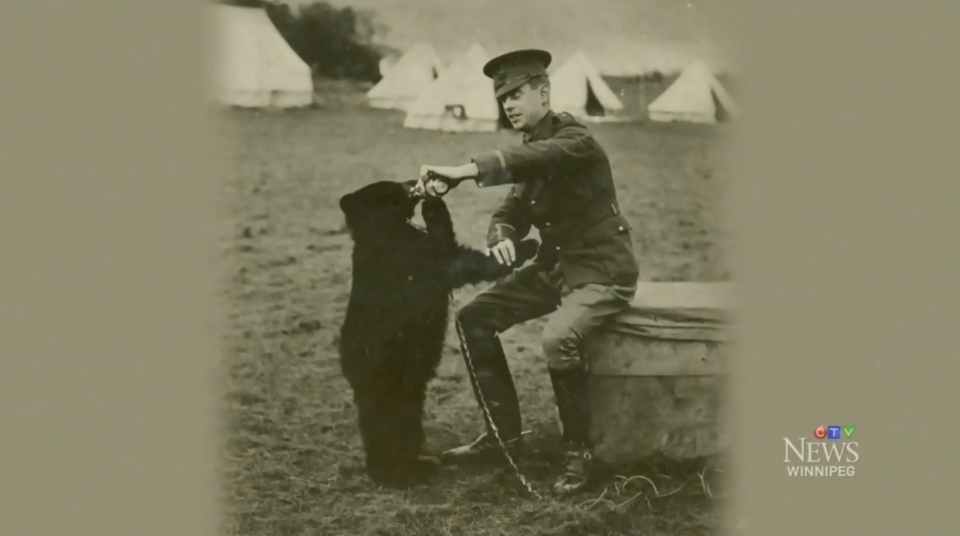 Mattick herself has published two books, detailing the true story of her great-grandfather and the bear cub he adopted.

She said even her children, now eight-years-old and three-years-old, are starting to appreciate their family history and the role they played in the creation of Winnie-the-Pooh.

Mattick said after a tough year, stories like that of Colebourn and Winnie give people something to hold on to, something that will not be shut down by a pandemic.

"I think those love stories and those moments of magic are part of what's going to help everybody get through this sort of challenging period of time."