More military help on the way for Shamattawa First Nation 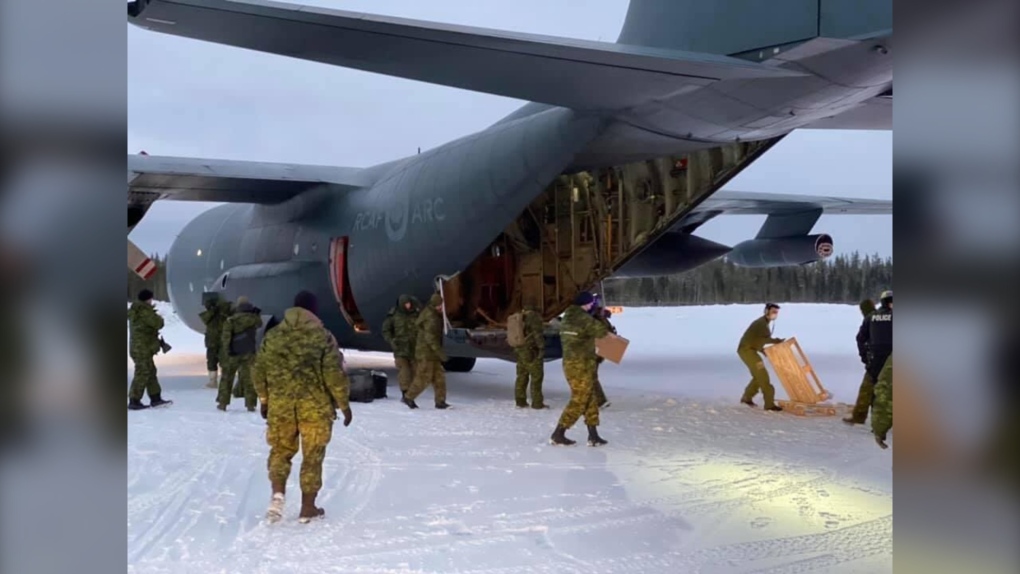 WINNIPEG -- The federal government is sending additional Canadian Forces and medical personnel to Shamattawa First Nation to support the community's fight against its COVID-19 crisis.

The move was announced by Bill Blair, the minister of public safety, in a tweet Saturday morning.

We have approved an additional request for assistance for the Shamattawa First Nation. @CanadianForces personnel will deploy and assist the community in its efforts against #COVID19. Our government will always be there to help people in need.

On Saturday night, the Canadian Armed Forces confirmed with CTV News an additional 57 members would be sent to the community by Sunday.

This includes a multi-purpose medical assistance team of 17 CAF members composed of nurses, medical technicians, and one general duty member. It also includes a temporary team of 40 CAF personnel to assist in establishing an alternative isolation area.

As of Friday, almost a third of the northern First Nation's residents had been infected—a total of 313 residents, according to Shamattawa Chief Eric Redhead, of which more than 100 cases were announced Friday.

Redhead said he suspects the number of COVID-19 cases is likely higher, which is exacerbated by the community's overcrowded housing situation.

On Wednesday, the Canadian Armed Forces dispatched a liaison and reconnaissance team from CFB Shilo to assess the needs of the remote fly-in northern First Nation, located 745 kilometres northeast of Winnipeg.

The team joined six Canadian Rangers and additional support from the Canadian Red Cross already on the ground.

Redhead said Thursday the CAF had completed its on-site assessment of the community's COVID-19 situation.

"As the situation develops, we will continue to assess the requirement for CAF support in the area through on-the-ground reporting, in coordination with our whole-of-government partners, including Public Safety and Indigenous Services Canada," the National Defence spokesperson said in an email Friday.