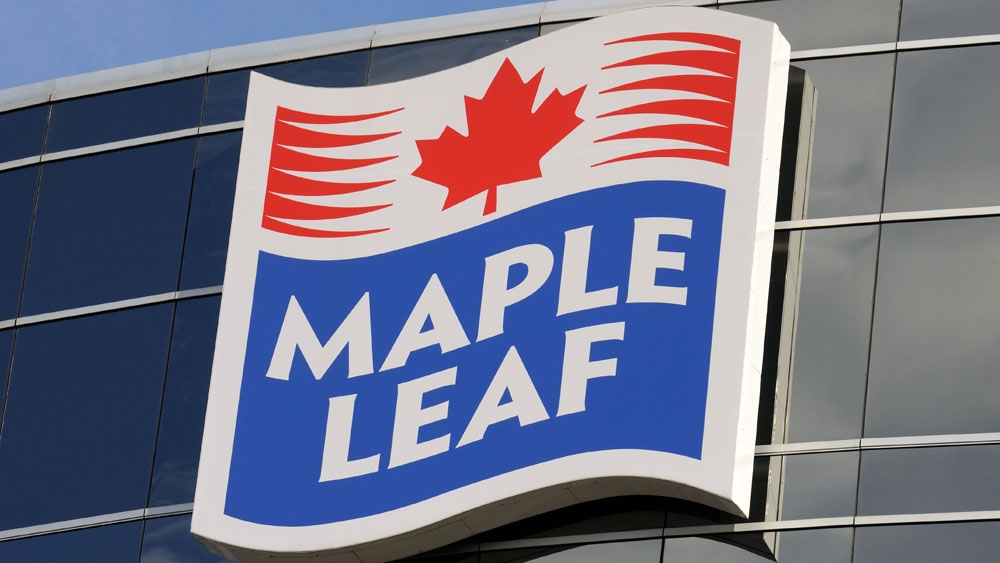 WINNIPEG -- The union representing workers at the Maple Leaf Foods plant in Brandon, Man., is calling for a shutdown after it says more workers at the plant have tested positive for COVID-19.

In an email to CTV News on Thursday morning, the United Food and Commercial Workers (UFCW) Local 832 said they were made aware of three more positive cases of COVID-19 among employees late on Wednesday.

Jeff Traeger, the union president, would not say what area of the plant the employees worked, citing privacy reasons, but said they work in auxiliary departments in the facility, and are not involved in food production at the plant.

He added the most recent employees who tested positive last worked at the plant on August 1.

On Thursday, Manitoba health officials said there is a cluster of COVID-19 cases currently in Brandon, but would not say if any cases in the cluster are connected to Maple Leaf Foods.

Dr. Brent Roussin, Manitoba's chief public health officer, said altogether there are 28 cases in the Brandon cluster – 18 of which were reported on Wednesday.

"Those aren't community based transmission – that cluster actually started with a travel related case from out east," Roussin said.

He said he did not have any information as to whether any of the cases in the cluster are connected to the cases at Maple Leaf Foods.

"The driving force behind that cluster is not a workplace."

Still, Traeger said he is concerned about the number of positive tests increasing at the plant.

“That’s our biggest concern and our worst fear, is that you’d see a scenario similar to what was seen at the Cargill plant in Alberta, where there was a relatively small number of cases initially reported, which within a week grew to over 950, and resulted in community transmission of over 1,500 people,” he said. “That’s our biggest fear.”

The union is now calling on Maple Leaf to cease production at the plant until August 10 at the earliest, until they have additional results from outstanding tests among union members working at the plant, and the company can do a deep clean of the entire facility.

If more positive tests come back, the union wants the plant to be closed for two weeks.

UNION CALLS FOR EMPLOYEES TO BE PAID AMID SHUTDOWN

Traeger noted a closure would have an economic impact on the employees, with more than 2,000 people working at the plant, and is calling on the company to pay workers in full if the plant is shut down. He is also calling on the Health Minister to inspect the workplace to ensure it is safe for employees.

“The company for the record, is confident - we’re not, but they’re confident that these cases are a result of community transmission and they’ve been contained, so they have made the decision to continue operating the plant,” he said.

Traeger did praise Maple Leaf for the efforts they have made since the pandemic started to help employees. The company has put in Plexiglas separators on production lines and has put in floor markers to help control movement in the plant. The company has also staggered shifts of employees to help promote physical distancing.

“The company has been spending a fortune and trying very hard to protect workers,” he said. “The unfortunate thing is that those efforts have now not been successful."

“We say the prudent thing to do is to shut down the plant, send everybody home with pay, and make sure that all of the test results come back so you can understand the scope of what you’re dealing with, and also do a complete deep-cleaning of the facility.”

“As a precaution, we have asked several other team members to self-quarantine,” the statement reads, adding they have informed other team members, the Canada Food Inspection Agency, and the union about the tests.

The company said after a 'careful and detail review' of the circumstances around the cases, they said it appears the employees contracted COVID-19 in the community.

The company said the plant will still operate.

“We will continue to operate our Brandon plant as long as we believe we can provide an environment that will protect the safety of our people while working,” the company said. “Given our daily health screening, temperature monitoring, social distancing and the personal protective equipment all team members wear while at work, we feel confident that our plant environment is safe.”

Traeger said discussions between the union and Maple Leaf are continuing.

During a media availability Thursday afternoon, Manitoba NDP Leader Wab Kinew and Liberal Leader Dougald Lamont both called for the plant to close.

"The two hotspots across North America have been processing plants and personal care homes – we have to take this incredibly seriously and I would rather err on the side of caution than take any risks," Lamont said.

"This isn't necessarily just about the workers in the plant, as important as those people are,” said Kinew. “If the situation there gets worse, it could potentially pose a threat to the broader community.”

"If there is an outbreak underway there, the province should be taking much more decisive action."