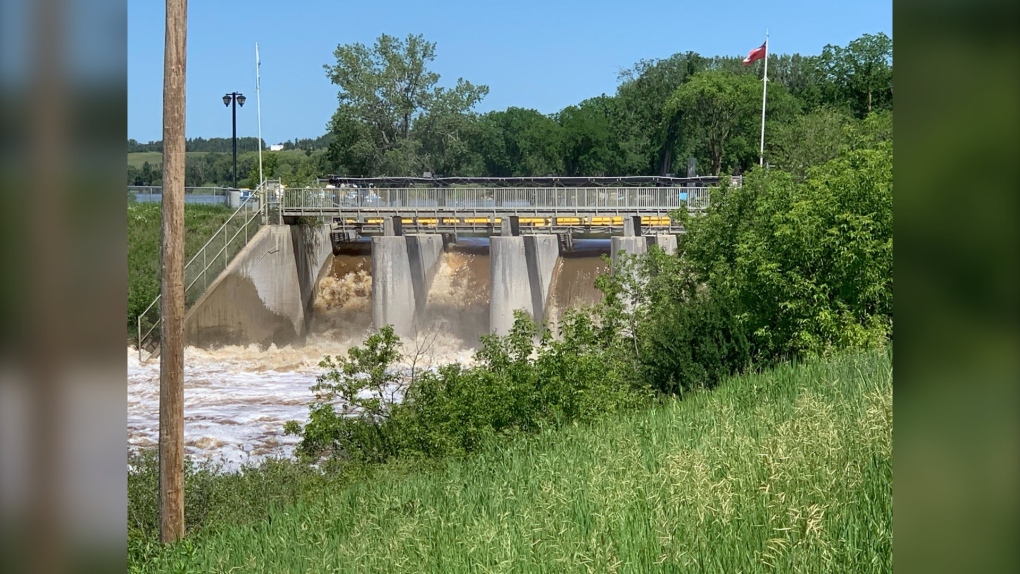 MINNEDOSA, MAN. -- High water on the Little Saskatchewan River continues to threaten homes and property all along the swollen waterway.

People living in the valley have spent the week cleaning up after southwest Manitoba got hit with record-breaking rain early this week.

There’s been a drop in water levels in some areas but more precipitation in the forecast could lead to further flooding.

The province said widespread precipitation in southern Manitoba over the next five to seven days could cause more problems. Officials said heavy thunderstorms could bring up to 100 millimetres of heavy localized rain to some areas.

“The wind and the storm and the rain last night just added to the chaos,” said Tanya Smith, a permanent resident of Chimo Resort located along Lake Wahtopanah near Rivers, Man.

Unprecedented levels on Lake Wahtopanah have dropped 1.5 feet following record-breaking rainfall, but 80 people living below the dam remain under evacuation due to the province’s concern over the integrity of the 60-year-old structure.

As lake levels spiked Sunday, people banded together to build dikes to try and save homes above the dam.

They managed to protect Craig Mayor’s place, but the home belonging to Municipality of Riverdale mayor Todd Gill couldn’t be saved. The water rose too high, too fast.

A flood warning remains in effect for the Little Saskatchewan River. In the town of Minnedosa, residents and business owners are still cleaning up after widespread flooding.

Despite sandbagging and moving stuff off floors, two workspaces he owns were flooded.

“We opened the back door, and the river came through, because it all came underground into our basement and came up,” said Wahoski.

He said the water got in through holes in the sidewalk and he feels some of the damage could’ve been mitigated if the street had been closed to prevent vehicles from causing waves to hit area businesses.

The town’s mayor, Pat Skatch, is aware of Wahoski’s concerns but declined to comment any further.

The mayor said while the cleanup in Minnedosa continues, the damage is still being assessed.

The province said a flood warning remains in place for the Assiniboine River from Brandon, Man. to Portage la Prairie, Man. The Little Saskatchewan flows into the Assiniboine west of Brandon but the City of Brandon said its dike system can handle even the worst-case peak levels in Brandon if there are any issues with the Rivers dam. 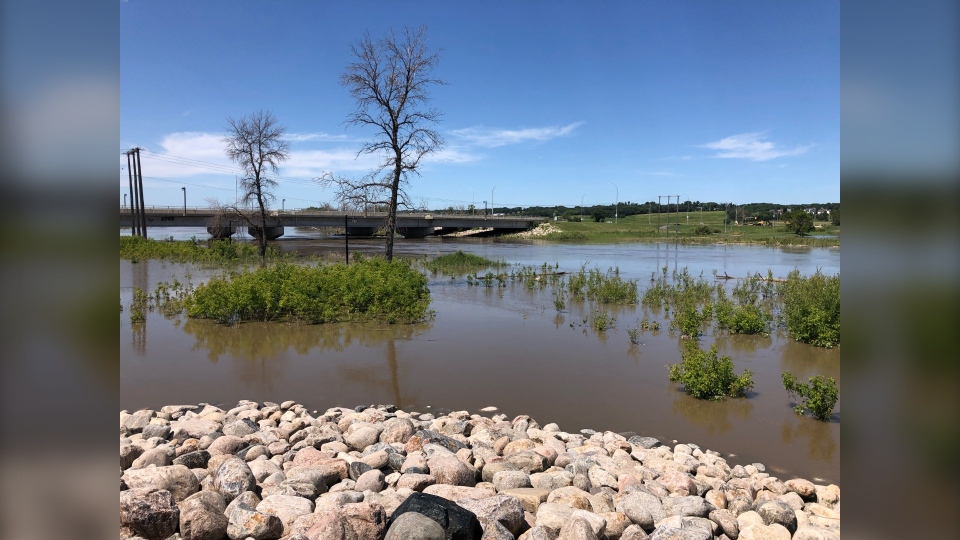