More than 1,000 rodents killed in fire at Westman Reptile Gardens 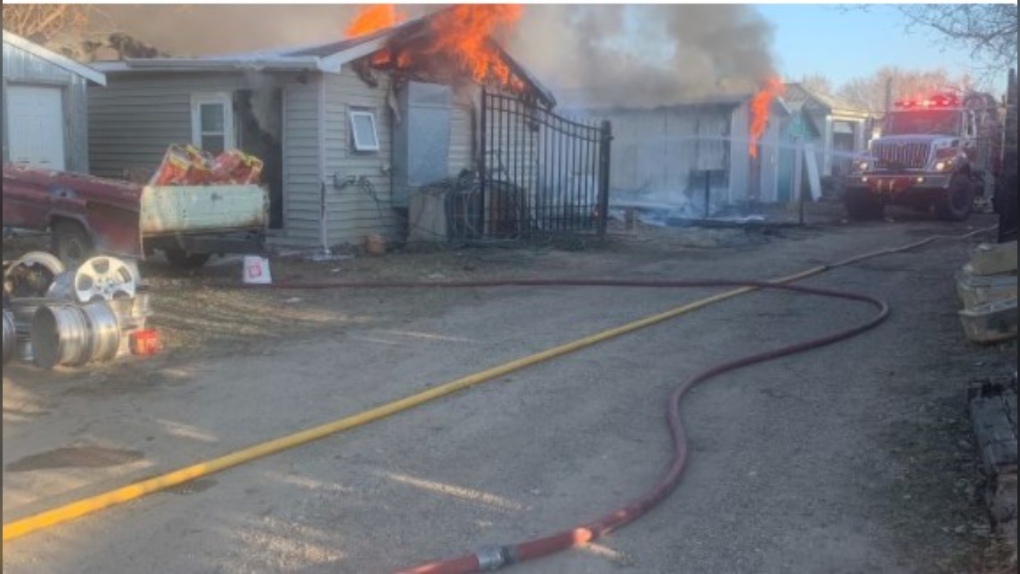 WINNIPEG -- More than 1,000 rodents were killed and a number of buildings were destroyed in a fire on Wednesday at Westman Reptile Gardens, located east of Brandon, Man.

Erika Shelvey, whose parents own Westman Reptile Gardens, said the fire began around 7 p.m. on Wednesday and originated at the electric fence.

“My mom was outside at 6:30 and there was nothing. She was in that area, there was no smoke or anything,” she said.

“The neighbours drove by on a quad and noticed smoke (at) around 7 and went to the house to let them know. Then they called 911 and went from there.”

The actual reptile garden itself was not impacted by the fire; however, nine other buildings were affected, including the feed shed, walk-in freezer, and the rodent building.

Shelvey noted that all of these buildings are completely destroyed, along with her father’s truck.

“There’s one wall standing left of one building and that’s about it,” she said.

Shelvey said 29 cages of rats and two guinea pigs were saved from the rodent building; however, she estimated that more than 1,000 rodents died.

“There were adults and babies,” she said. "We breed them.”

All the reptiles at the facility are alive and safe, and no people were hurt.

Shelvey noted that her family is still in shock over the fire and trying to process what took place.

“Obviously, my dad is heartbroken over losing the animals,” she said.

“It’s just something that you don’t really expect.”

Shelvey said the next steps for her family are to clean up and eventually rebuild everything that was lost.

“Right now the main goal is to restock the food for the reptiles,” she said.

She added that a GoFundMe page has been created to help with the costs of the fire.

“We lost everything, all (of the) food for all of the animals, so it is going to be a pretty big expense to restock that,” Shelvey said.

“The buildings themselves will be covered by insurance, but the live animals were not.”

The Westman Reptile Gardens will be closed for the next few days until everything is cleaned up.