More than $300,000 worth of cocaine seized following drug trafficking investigation in Brandon 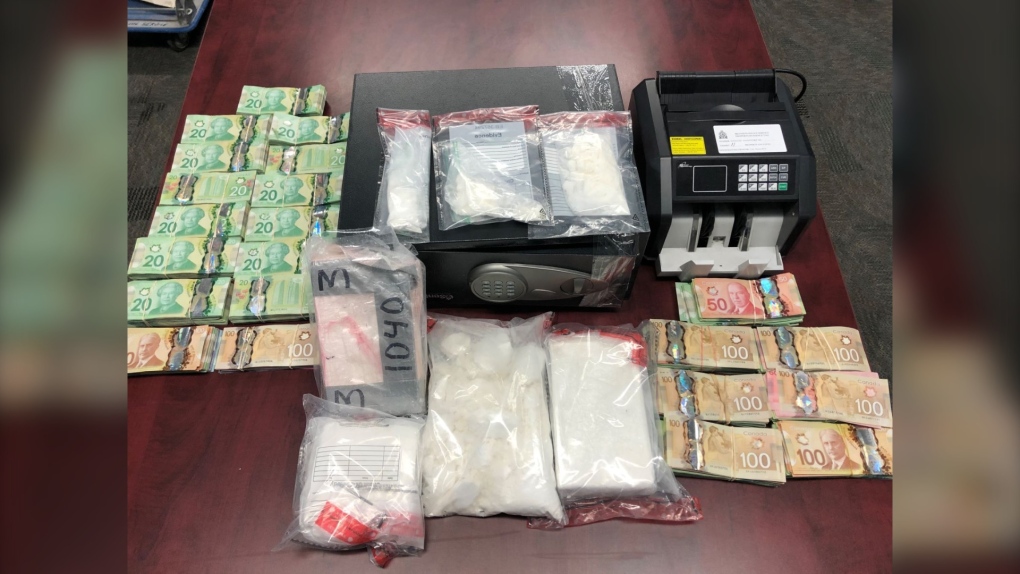 Items seized during Project Brazen, an investigation into cocaine trafficking by the Brandon Police Service, are on display. (Image source: Brandon Police)

WINNIPEG -- The Brandon Police Service has charged 11 people following an investigation into alleged cocaine trafficking that lasted over one year.

The police service launched Project Brazen, a collaborative investigation involving the Winnipeg Police Service, RCMP, and Manitoba Prosecution Service, in February 2020. The goal was to target a group of individuals who were allegedly importing and selling cocaine and other drugs in Brandon.

On May 3, Brandon police executed search warrants at two homes in Brandon.

Officers seized approximately three kilograms of cocaine with a street value of $300,000, and more than $70,000 in cash.

Search warrants were executed at five homes on May 18, with officers seizing one kilogram of cocaine, $50,000 in cash, and items believed to be the proceeds of crime.

Brandon Police have charged the following 10 people, who have all since appeared in court:

All 10 have been charged with multiple offences, including trafficking cocaine. None of the charges have been proven in court.

Anyone with information on their location can call Brandon Police at 204-729-2345.