'More work to do' one year since historic Canada-Manitoba child care agreement: advocate

'More work to do' one year since historic Canada-Manitoba child care agreement: advocate 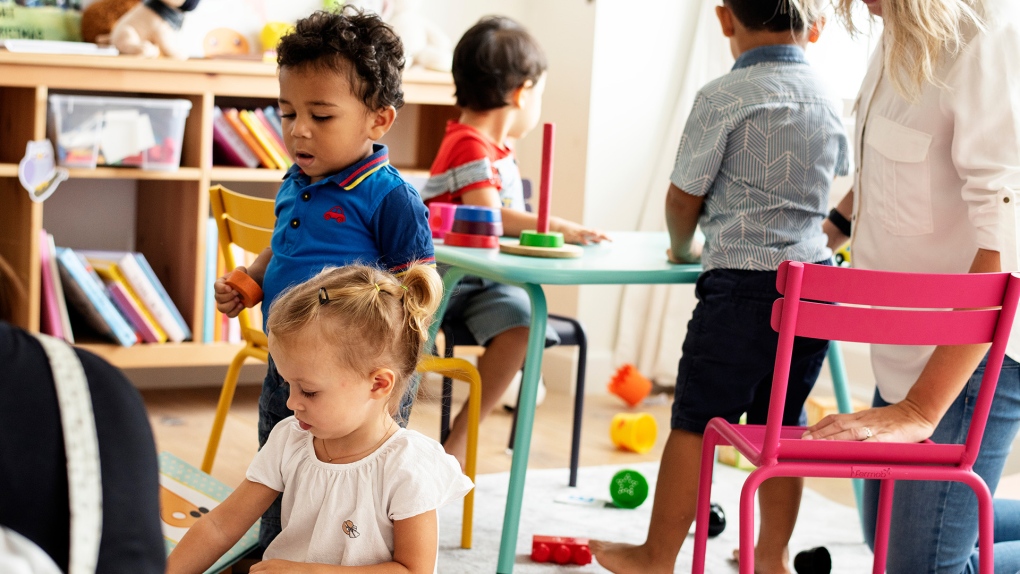 While advocates say strides have been made in the year since Manitoba signed on to an agreement with the federal government to increase affordable child care spaces – they also say there is still work to be done.

On Aug. 9, 2021, the province signed onto the Canada-wide Early Learning and Child Care Agreement which would provide more than $1.2 billion from the feds over five years to improve child care in Manitoba.

Jodie Kehl, executive director of the Manitoba Child Care Association (MCCA), said it is a historic agreement that has potential to transform what early learning and childcare looks like in both Manitoba and in Canada.

"A year later, have we checked all the checkboxes? No, not quite yet," she said. "We've got quite a bit more work to do."

Kehl said the MCCA would like to see the province move away from the subsidy program to reduce out-of-pocket expenses for families, which she said is not the same as fee reduction.

"Let's actually lower childcare fees," she said. "Let's have a low maximum daily rate, which we do already have in Manitoba, but it needs to be lower, needs to be more affordable for more families," she said.

The agreement also sets a target of creating 23,000 new full-time regulated child care spaces by the end of the 2025/26 fiscal year.

"Twenty-three thousand new spaces is critical and essential, but it's an ambitious target," she said, adding some work has been done in Manitoba, including the creation of 3,100 new expansion spaces. But she said the MCCA wants to make sure there will be staff for all those spaces.

"There needs to be a really collaborative approach between all levels of government," she said. "We need a really multi-level plan to determine how we're going to get 3,000 more educated early childhood educators into the system to work in those spaces."

She said a part of the focus will need to be on increasing quality of the workforce by ensuring far wages and benefits. She said steps have been made towards this such as the introduction of a wage bridge benefit, retirement enhancement plans, and most recently, a wage grid.

"These are good steps. These are foundational steps. They are stepping stones to a broader, more comprehensive workforce strategy, and that's what we're asking for it."

Though there is still much to accomplish, Kehl said she is optimistic the province will meet its targets.

"I think that it's easy to get hung up on the things that aren't perfect," she said. "Let's not let perfect stand in the way of good, and there are a lot of really good things happening in our early learning childcare in our province that we need to be thankful for. This will really help to move the dial."

Kehl said the MCCA will be meeting with the province to discuss 25 recommendations from the MCCA to help accomplish the goals in the agreement.

CTV News reached out for comment Wayne Ewasko, Manitoba's minister of education and early childhood learning, but was told he would not be able to comment before the deadline.

In a news release from the federal government, Ewasko said the province is, "committed to making child care more accessible by creating spaces needed for children in Manitoba and by making them more affordable for parents, particularly low-income and middle-income households."

Dozens of Florida residents left their flooded and splintered homes by boat and by air on Saturday as rescuers continued to search for survivors in the wake of Hurricane Ian, while authorities in South Carolina and North Carolina began taking stock of their losses.