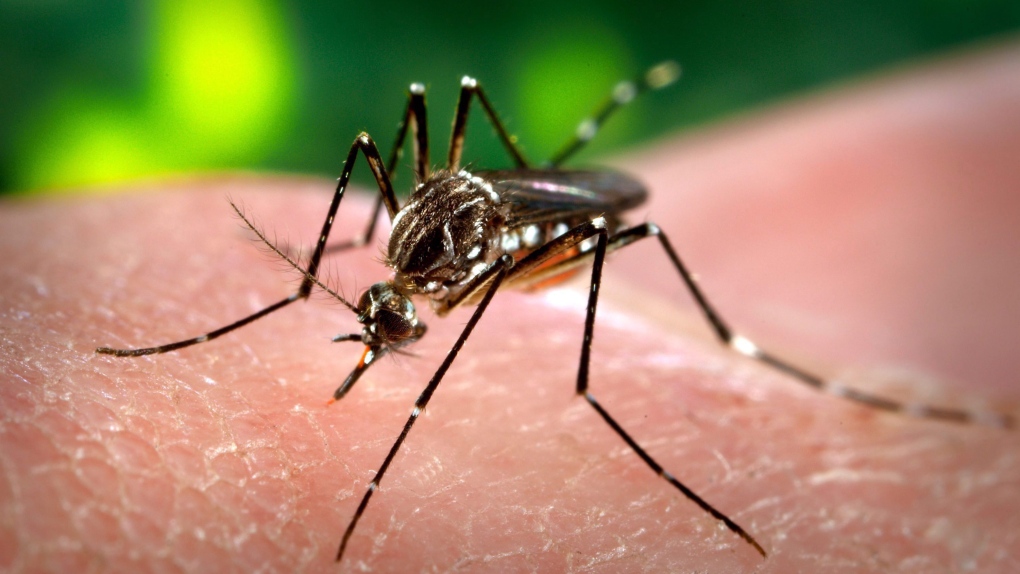 It's a familiar feeling for any Manitoban.

"One's trying to bite me right now!" exclaimed Amy Peters, who was bit by a mosquito.

Winnipeggers out for a walk in Kildonan Park Sunday were left swatting away mosquitoes.

The park is the city's worst place for mosquitoes.

According to the city's trap counts, there were 102 mosquitoes captured in Kildonan Park on Sunday -- a day prior, that number was a much higher 448.

A city-wide average of 88 mosquitoes per trap on Saturday is prompting the City of Winnipeg to start fogging for adults.

There is lots of standing water across the province, which is perfect for mosquitoes to breed in.

He said his company has been getting a lot of calls about mosquitoes from places outside of Winnipeg.

"For us, we've been fogging small towns deliberately and fogging for a lot more events, weddings being an example, or backyard parties, so it shows that there is a pressure out there," said Stuart.

Stuart says people should be sure to dump or cover any standing water on their properties right now.

As for avoiding getting bit, he offers these tips, "Avoid times mosquitoes are most active, you know, dawn and dusk," noted Stuart,

Even though the insects are thriving this summer, it isn't stopping people from enjoying the outdoors.

"We went and walked all around the edge of the park, and it's been great. It's such a gorgeous park. It's worth a couple of mosquitoes," said Linda Epp, who was taking a walk in Kildonan park.

The town of Port aux Basque in Newfoundland and Labrador is under a state of emergency as first responders cope with electrical fires, residential flooding, and washouts due to post-tropical storm Fiona.

New video from a ship off the coast of Newfoundland and Labrador shows the choppy conditions on the Atlantic Ocean as the-then Hurricane Fiona approaches.

One reason why Fiona has been labelled a 'historical storm' for Eastern Canada is because of its unusual left hook. Tracking for the storm released by the National Oceanic and Atmospheric Administration shows that, once it passes the 40th parallel north, its trajectory appears to veer slightly left, taking it straight to Nova Scotia and Prince Edward Island.

Russian forces launched new strikes on Ukrainian cities as Kremlin-orchestrated votes took place in occupied regions of Ukraine to create a pretext for their annexation by Moscow.