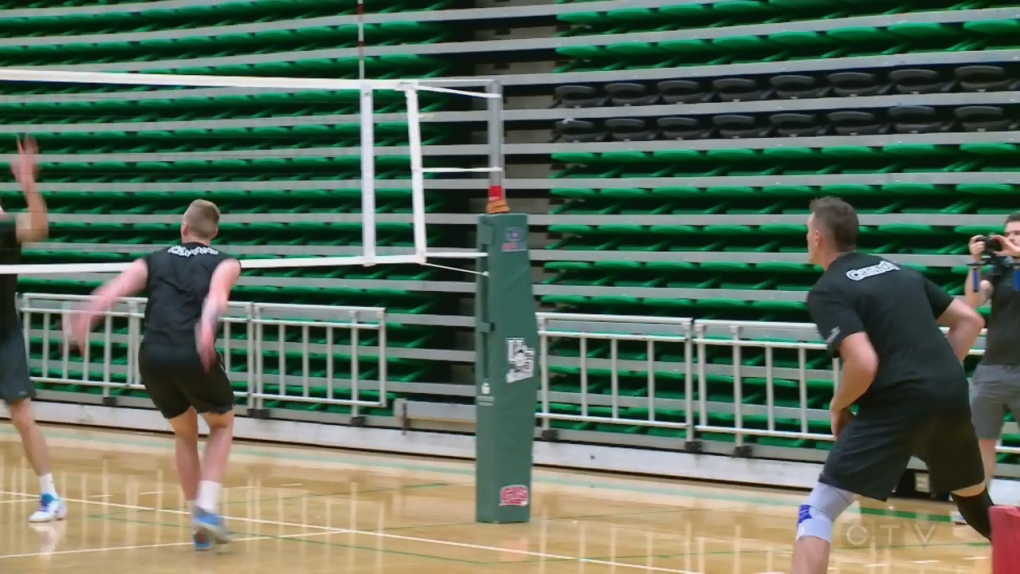 The woman, who asked not to be identified, said she paid $2,200 for her child to participate with the Joust Volleyball Club.

She said each club, under the umbrella organization Volleyball Manitoba, comes with its own fees based on the cost of competitions, tournaments, gyms, and coach compensation. She added those participating also have to purchase a uniform and backpack, which are mandatory expenses, and then on top of that, they have to pay for nationals, including the costs of flights and hotels.

The woman said when first getting into volleyball she realized it was a “crazy amount of money,” which she doesn’t necessarily agree with.

“A lot of parents don’t even understand why volleyball costs what it costs,” she said.

She said despite the costs, she saw how her son was flourishing while playing volleyball, so she did what it took to make it happen.

“It’s the heartstrings of a parent and your son really wanting to do it, so we had told our son ‘If this is something you really want, then you need to work for it,” she said, adding her son earned about $400 through various jobs and contributed the money to his volleyball fees.

The woman said she entered a payment plan with the Joust Volleyball Club, with her final payment due in March – the same month the season stopped amid the pandemic.

She said she works at a school and her last day before the pandemic was March 20. She noted she was okay with paying the final fee; she just wanted to wait until her work reopened.

“I said, ‘I am the primary person that supports the sports and groceries and stuff in my home.’”

She said the coach then sent an email, saying payments were still due even though there’s a pause in the season. Ultimately, the woman said she paid her son’s final fee over fears of being “blacklisted.”

A week later, the volleyball season was cancelled altogether. The season normally runs until May.

The woman said she reached out to the coach regarding refunds and was told if the parents receive money back it wouldn’t be until June.

“Well June came and went, (the coach) wasn’t responding to emails,” she said.

“He didn’t send out any emails saying, ‘Sorry I can’t refund you this month.”

Once July came around, and the woman still hadn’t received any money back, she contacted Volleyball Manitoba, who then also reached out to the coach. She said she then received an email saying she’d be getting a refund within the next two weeks.

The woman said in late July, another parent texted her telling her to check her bank account, where she found an e-transfer for $250, with no explanation.

“There’s no way this is what our refund is, it’s $250. We understand that we’re not getting full refunds back, obviously a part of the season was played and there’s costs that can’t be given back.”

She said she once again wrote an email to everyone, including Volleyball Manitoba and the coach, detailing her experience and asking if the $250 was a mistake.

The mother said the coach emailed the team, saying there is a limit to the amount that can be e-transferred in one day, “and the reason he sent $250 was that he wanted each player to get a little bit of money and then he would send more money later.”

“He has tons of kids that have all paid this $2,200 and so far, after contacting Volleyball Manitoba on a number of occasions, not just me, but many, many parents, last week (at the end of July) he finally sent $250,” she said.

Come August, the coach sent parents an email outlining the breakdown of refundable items and the total refund each athlete would receive. The email said expenses such as the national tournament entry fee, national coach travel expenses, fees for remaining tournaments, entry to provincials, and part of the coach’s honorarium will be refunded, coming to a total of approximately $445.

Some of the expenses that won’t be refunded include Athlete VC/VM membership, apparel packages, equipment, and club management.

The woman told CTV News Winnipeg she received a "proper" refund on Aug. 11. She received an email from the coach saying the previous refund total was incorrect and they will be receiving a total refund of $725.36.

In a statement, the coach Lee Montgomery said: “Our club takes into account the same parameters as all other clubs regarding refunds. The refund process is still currently on going, with the first of two refunds already taken place, with the second to begin over the coming weeks.”

John Blacher, the executive director of Volleyball Manitoba, said he’s been contacted by parents about concerns over the delay in expected refunds.

He said the challenge is that Volleyball Manitoba doesn’t have a lot of policies in place or control over the financial operations of the club.

“Something that we haven’t historically done is get involved in financial disputes within a club,” he said.

“This is a unique one obviously considering it has to do with COVID and we’ve never had a situation like this prior where our season was cancelled prematurely.”

He said his involvement in this financial dispute has been to try and mediate as best he can.

Blacher added Volleyball Manitoba has requirements for clubs to register and participate with its club volleyball system, which requires coaches to be screened, have a certain level of certification or training through the National Coaching Certification program, complete an online course on respect in sport, as well as adhere to other policies and regulations.

He said before this particular incident, Volleyball Manitoba was looking into additional structural requirements for clubs, which included internal dispute mechanisms and best practices for fiscal management. Blacher said the board will continue to look at these requirements when it reconvenes in the fall.

THE CULTURE IN VOLLEYBALL

The mother who spoke with CTV News and whose son is on the Joust volleyball team said some parents were scared to speak up about the refund process, due to the potential impact it may have on the child’s volleyball career.

“The fact that we’ve all been scared, what does that say about this community? That we’re scared to even speak up because our kids might not make the teams or might be treated differently,” she said.

Blacher said the more conflict a parent has with a specific club might impact the willingness of both parties to play together again.

“I hope, and would expect or assume it wouldn’t affect them with relation to the volleyball community at large,” he said, adding kids are selected based on tryouts.