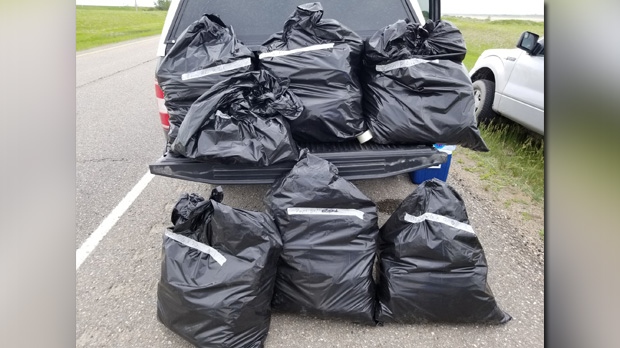 RCMP said two men from Windsor, Ont., have been charged after officers seized 60 kilograms of illicit cannabis during a traffic stop near Brandon, Man.

It happened on June 14 at around 4:40 p.m., after officers pulled a vehicle over on Highway 1 in the RM of Cornwallis.

Douglas Durham, 39, and Richard King, 60 are both charged with multiple offenses, including possession of illicit cannabis and possession for the purpose of distributing. Both men were released and have a court date in Brandon on Aug. 8, 2019.

“While recreational cannabis is legal, this seizure shows that there is still illicit cannabis in our communities and police will continue to enforce this,” said RCMP Staff Sgt. Kyle McFadyen.