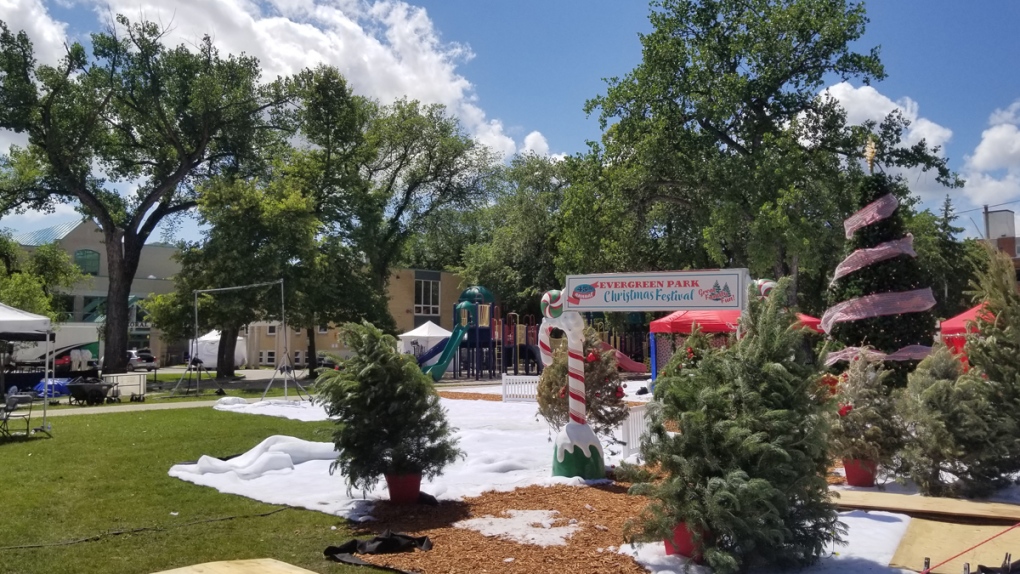 A movie is filming at Balmoral Hall in Winnipeg. (Source: Daniel Timmerman/CTV News)

A private girls’ school in Winnipeg has been tuned into a winter wonderland in the middle of July.

A spokesperson from Balmoral Hall School confirmed that a movie is shooting on the school grounds throughout this week.

The front lawn of the school has been decorated with fake snow, decorative candy canes, Christmas trees, and a sign that says “Evergreen Park Christmas Festival.”

According to ACTRA Manitoba the movie that is being filmed at Balmoral Hall is called "Christmas Club," which is set to appear on the Hallmark Channel.