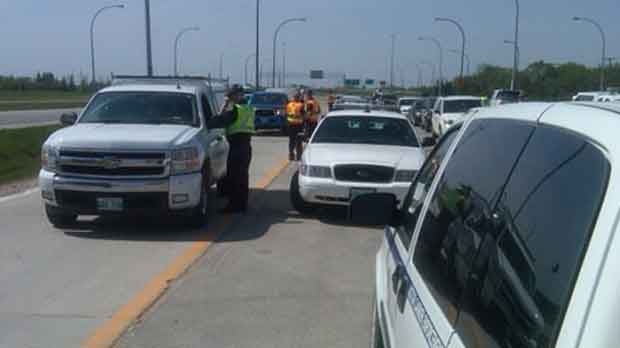 The Manitoba Public Insurance-sponsored RoadWatch program will kick off this Victoria Day long weekend in an attempt to curb impaired driving.

The program supplements existing police enforcement efforts and will result in more police presence on Manitoba streets and highways, especially on holiday weekends.

According to MPI, impaired driving is still a major issue on Manitoba roads.

Last year, 70 people died in auto-related crashes with 45 per cent of those deaths linked to impaired driving.

MPI said young men make up the majority of those involved in impaired collisions.

Men are also responsible for three-quarters of impaired drivers involved in crashes.

Drivers under 35 also account for nearly two-thirds of impaired drivers involved in crashes.

According to MPI, drivers under 35 are involved in impaired driving crashes four times as often as drivers 35 and over.

RCMP and police services in Winnipeg, Brandon, Morden and Winkler are participating in RoadWatch this year.

In addition to removing impaired drivers from the road, RoadWatch participants can issue tickets.