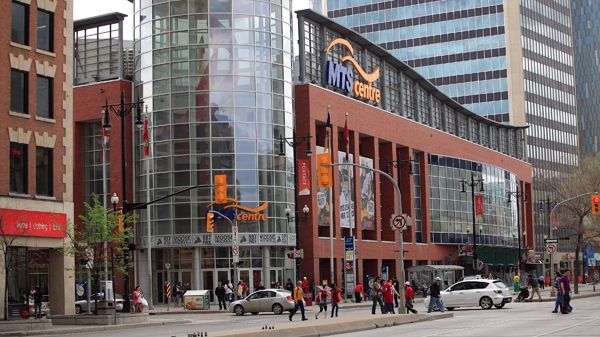 The MTS Centre in Winnipeg, home of the Manitoba Moose of the AHL, is seen Friday, May 20, 2011. (John Woods / THE CANADIAN PRESS)

The first big corporate deal for the new NHL team in Manitoba is complete. MTS will retain naming rights to the arena for years to come.

MTS originally purchased the naming rights in 2003, calling the arena the MTS Centre. It was a 10-year deal at the time but now the deal has been extended to 2021 with the option to extend to 2030.

Financial details were not released Thursday. True North has seen an influx of corporate sponsors that want to extend commitments, since the announcement of the NHL's return to Winnipeg.