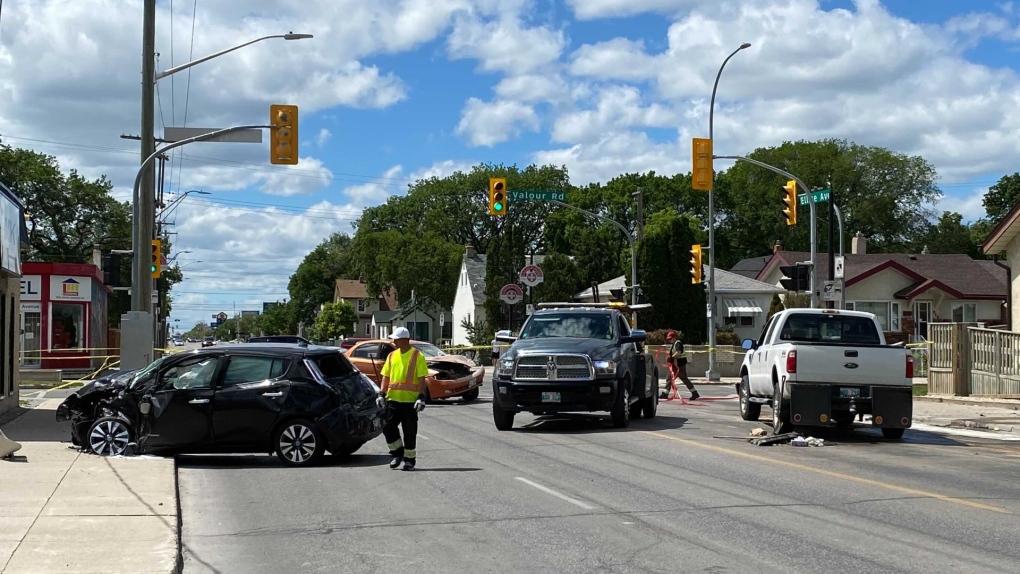 The Winnipeg Fire Paramedic Service was called to the crash around 12:30 p.m. at Ellice Avenue and Valour Road.

CTV News observed at least four vehicles with varying degrees of damage on the scene.

The city said one person had to be extricated from one of the vehicles. In total, three people were transported to hospital, and another three were assessed on scene.

The city was not able to provide details on what may have caused the collision.

As the federal party leaders make their final push to Canadian voters, new polling data suggests that the Liberals and the Conservatives are in a dead heat.

Election day 101: Questions and answers about the voting process

From finding the right voting location to bringing acceptable ID, CTVNews.ca breaks down what you need to know before casting your ballot.

Advice for voters on the eve of election day: A Q&A with Elections Canada spokeperson Diane Benson

On CTVNews.ca: A transcript of an interview with Diane Benson, spokesperson at Elections Canada, who answered questions on reduced polling stations, how students can vote, and other challenges facing voters in a pandemic election.