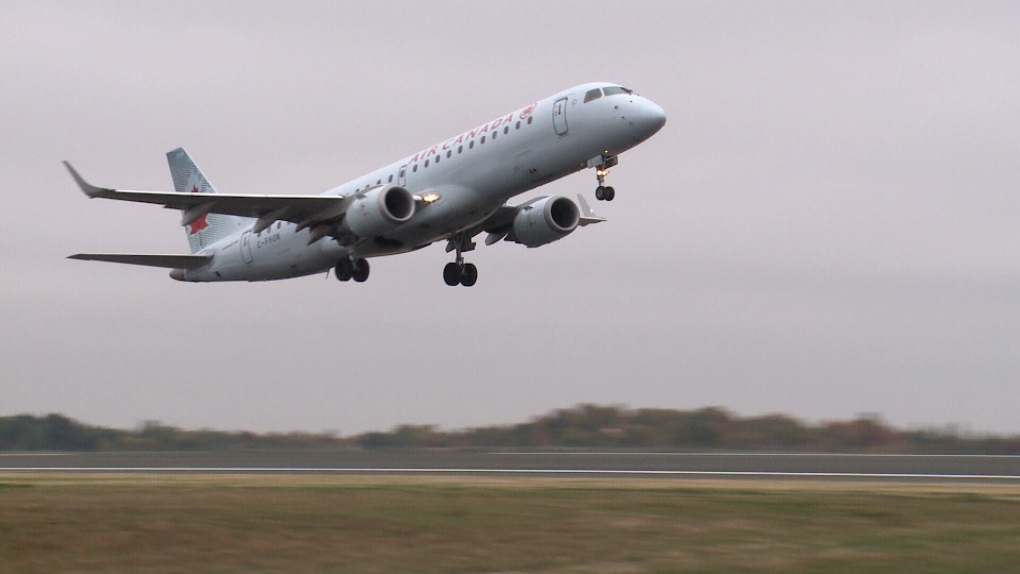 An Air Canada plane takes off from the Ottawa Macdonald-Cartier Airport. The main runway at the airport is closed until the end of the summer, meaning some residents are going to see and hear a lot more air traffic. (FILE)

WINNIPEG -- Nav Canada announced on Tuesday it is eliminating several permanent jobs throughout the country due to COVID-19.

One of the cities that will be hit is Winnipeg, as the flight information centre is set to close.

"To adapt to the new realities of air traffic levels, the company is also taking steps to safely streamline operations and will be launching level of service reviews for certain aerodromes," the company said in a news release on its website on Tuesday.

Neil Wilson, president and CEO of Nav Canada, said the company is in the "midst of the toughest moment in its history"

The other city, along with Winnipeg, that will be losing the flight information centre, is Halifax.

"Pilots and dispatchers will continue to receive the same vital information they need, including flight-planning services, in-depth interpretive weather information and en-route flight information, which will be provided by the remaining flight information centres. Air traffic services will not be impacted by this change," the company said.

Nav Canada said before the pandemic hit, it employed 5,100 throughout Canada.

Some Conservative Members of Parliament are upset with the federal government saying it did not acknowledge the challenges the aviation industry faces due to COVID-19.

Marty Morantz, who is an MP for Charleswood-St.James-Assiniboia-Headingley, along with James Bezan, who is an MP for Selkirk-Interlake-Eastern, and Stephanie Kusie, who is a Calgary MP, all said 750 Canadians are now home facing uncertainty.

"These layoffs are in addition to the 25 per cent reduction the Winnipeg Airport Authority has needed to make, as well as the many pilots, flight attendants and mechanics who have been laid off, with no other opportunities available in their fields," they said in a joint news release on Thursday.